Support missing on layer 2 and 3

Support missing on layer 2 and 3

When I slice Prusaslicer is skipping printing supports on layer 2 and 3. Is there any way to get Prusaslicer include the support in these layers as the support when printed at layer 4 is too high above the layer below and doesn't stick to the one below.

Here is an example of the results of skipping support layers. The bottom area of the image is supposed to be hex support 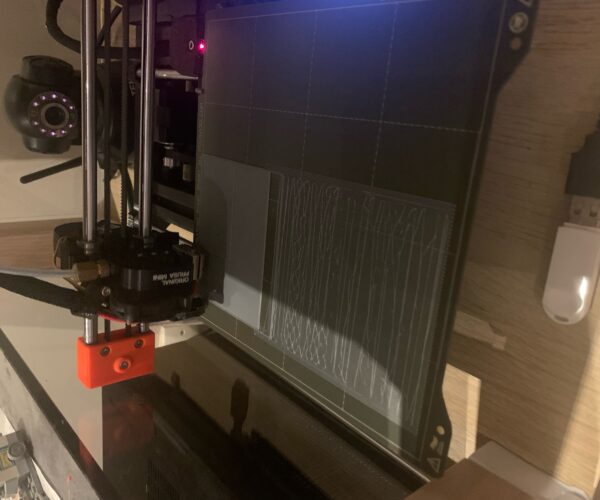 Im afraid that image tells us nothing.  The single best way to debug issues is for you to attach your saved project file.  File>Save project as will save a .3mf file.  That 3mf file contains your model and all the settings you are using.  There are so many interacting settings that its very hard to diagnose issues.  Also with the project we can slice it and look at the preview and change things and recheck etc.

Attached should be a zip archive with 2 different sets of Prusaslicer settings, same model and same issue. No supports printed on layer 2 or 3 and support on layer 4 too high and not sticking to layer 1. (In both cases model/infill print fine)

OK this one is a bit more complex than usual.
First of all you have to know that Prusa Slicer treats ANY bridge layer as being printed with a layer height equal to your nozzle size.  Regardless of the layer height you set.  This is because as far as its concerned it cant be squished against the layer below and as such will have a cross section the same as the nozzle. Wether that's correct or not is the subject of several github issues, but at the moment that's the way it works.

As that bottom section is only 0.36mm thick when placed on the bed its only 3 layers high (0.2 first layer plus 2x 0.1mm layers as the best it can match against 0.36 without you using variable layer heights).
I think this is why it wont place support under that area as the bridging section with its assumed 0.4mm thickness is greater than the actual space below so with the other rules it has about support distance (if you set 0.2 its not actually 0.2 away there's a bunch of other things it also takes into account) it thinks there is no room for support.

Normally this would be one of those rare cases where you could probably use a raft, to raise the entire model up a a bit and so it will place support under there.  If you do that, that is precisely what it does (3-4 raft layers needed).  However that causes problems with the printing of that thin bottom layer.  Because anything printed on a raft is ALSO classed as a bridge that entire 0.36mm layer is treated as if its printing bridged which means its a single layer of 0.4mm extrudate as far as slicer is concerned.  I suspect if you tried to print it like that it would look terrible.

I don't think you have many options.
-If you changed the bridging angle to span across the short distance (set to 90 degrees) then it will probably print without supports below there anyway.  The surface wouldn't be great (it never is with Slicers bridging) but it would print.
-You could try Cura or another slicer.
-You could, if the design allows for it make that bottom section thicker (I would try 0.8mm and go up from there).

Another thing that just occurred to me that **may** work is to add shape>box.  Not as a modifier but as an actual part.  Then resize it to make it 0.2mm thick and place it under that area.  Adjust the x/y size and you will have added some manual support.

Thanks @Neophyl for the thoughtful answer. Your suggestion of using Cura worked.

Perhaps a raft would have worked as the finish on the back doesn't matter. Although given the thinness of some of the model in places that may have shown through to the top.

Still don't understand why Prusaslicer skips supports on layers 2 and 3 on the section that is raised ~12.6mm off the bed. Then leaving the support at layer 4 too high and not sticking as shown in my first post image. Maybe it was just a peculiarity of the model causing a Prusaslicer logic error in supports.