I am in the process of tuning my printer for better bridging.

During the process, and in several videos online showing the same, I can see the same behaviour when the bridging settings are not yet optimal, but almost there: the overhang perimeters (the first and last group of bridge lines) become already perfect, but the bridge infill (the inner ones) still sag or disconnect altogether. At the end, when the settings get better, both the outer and inner stay flat.

Let me show Prusa Slicer and a print: 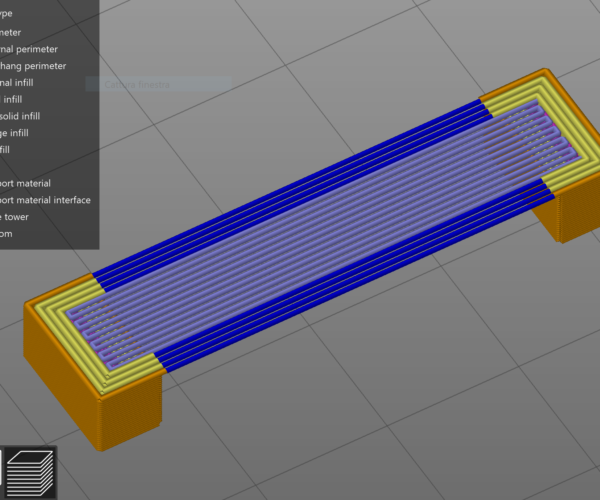 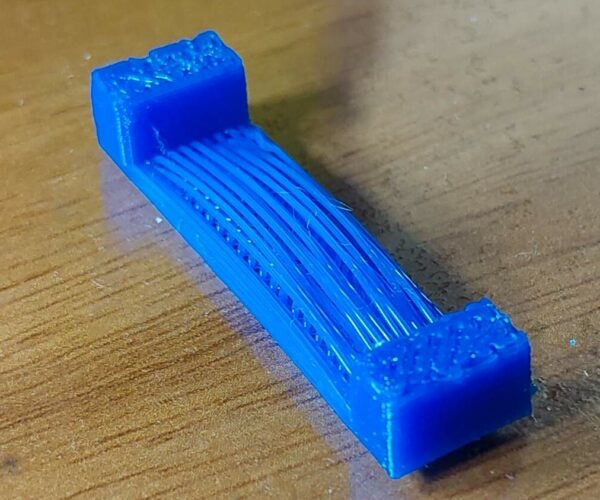 This happens because the overhang perimeters have time to cool down (they are laid down one side and then the other, alternatively), while the bridge infill is done sequentially one after another.

Instead of laying down the bridge infill one after another, changing the order to skip one or two strings and then do those on a second (and if needed a third) pass(es) would allow the bridge infill strings to cool down naturally much more, resulting in the following:

- much simpler tuning of bridge settings

- less need for forced cooling with a fan, meaning that materials which are sensitive to drafts (ABS, nylon, PC, ...) will print better because the intensity of the air moves less.

Obviously there is a price to be paid, which is a non-continuous extrusion, since in the second (and eventually third) passes the head will cross its previous path, and in that (extremely short) period of time, no filament has to be extruded. I think that this is a very minor price to be paid, but it may be relevant for Bowden setups. I suggest the "alternate bridge infill pattern" to be user-selectable and not a default one.

I can post a ticket on Github, but I think that the developers are reading the forum as well. Please let me know.

i tried the whole day optimizing this, but to zero success - all of them turn out like this with various speed and flow and fan settings inbetween.

i also suspect the slicer

and after the infill, on one side, starts with the actual bridging infill - outer 2  bridging perimeter layers are connected very nicely and the inners mostly are seperated. 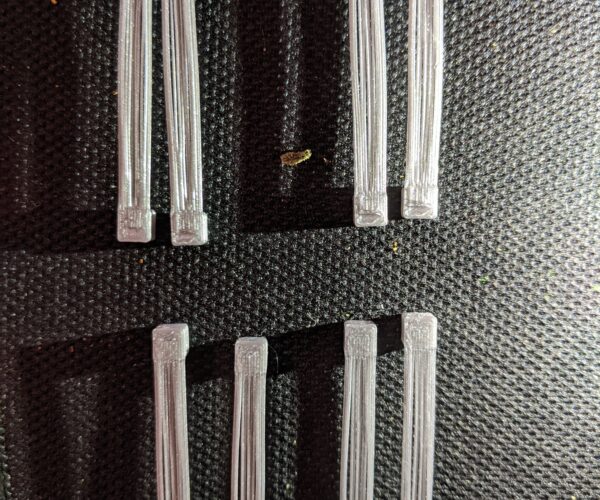 Take a look at https://forum.prusa3d.com/forum/prusaslicer/poor-surface-due-to-bridging-infill-over-support/ if you havet already where I've been experimenting with some of the extra settings in SuperSlicer, especially the bridging/overhangs.

My printer is being rebuilt so it will be weeks beforei can do testing.