Will
(@will-3)
Active Member

I'm having an issue at the moment where I'm making multi-colour prints.

As the filament in the hot end is expanding (even if I leave it for a minute or so), a small amount of the new colour is generally sitting around under the nozzle. This results in a small "dob" of filament being left on the end of the last print in my sequence (see image in blue).

This often gets picked up by the head when it next passes that point and moved around / added to, which causes an inclusion in the print that looks really bad when using transparent or semi-transparent filament.

I've resorted to getting a pair of side-cutters in there while the printer is running to get rid of the blob because if I pause to do this I just get a new blob at the next starting position.

This behaviour is also really annoying when the last point of a layer is a very small detail (see the scratch character print).
Here the "blob" manifests as a larger than wanted detail in the print (see the eye).

I can't find a setting in the slicer to address this but thought I'd ask if anyone knew of one.

Otherwise, it would be really good to be able to: 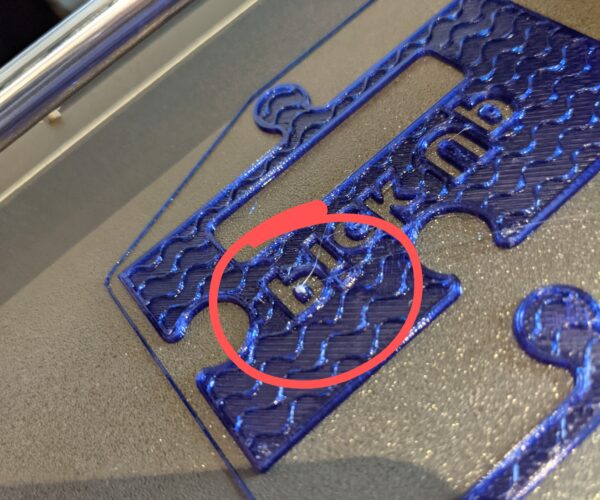 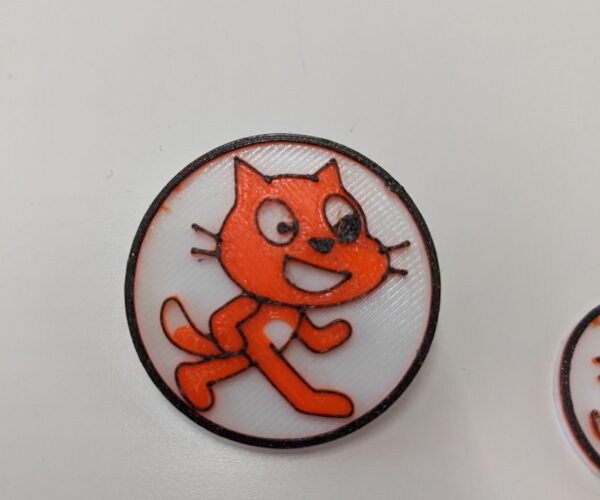 Just noticed that 2.3.2 is out and read that this is one of the potential fixes:

"Fixed blobs on print after returning from M600 G-code after manual color change. PrusaSlicer did not take into account, that the nozzle is pressurized (deretracted) after M600 finishes, thus it incorrectly triggered extra deretract in some scenarios #6362."

Would still be nice to adjust the start and end positions though.

Yes, this is a common annoyance. I haven't had a chance to check if the fix actually works. Keep us posted.

The gcode comparison between the old (left) and new (right) is below.

I assume that the E value is an extrusion value and the -1.000 indicates a retraction so looks promising.

Printer is busy right now but I'll do a print tomorrow and show a comparison. I have my fingers crossed.

Well, the print is complete and I have a few comments.

I still think that the colour change routine needs the following features adding in:

I think I'll have to learn some G-Code and see if it's possible to tweak my print file to do what I want. 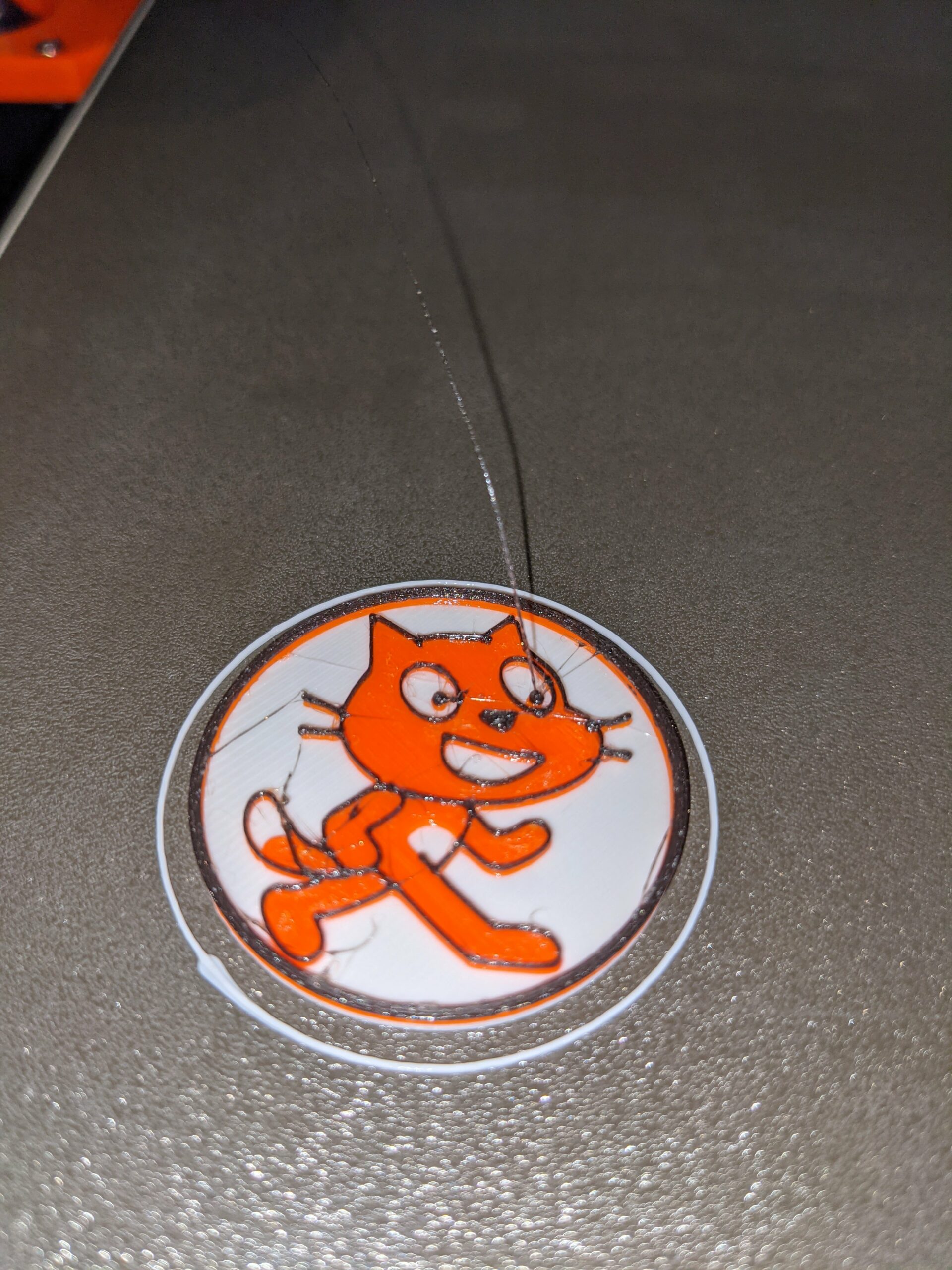 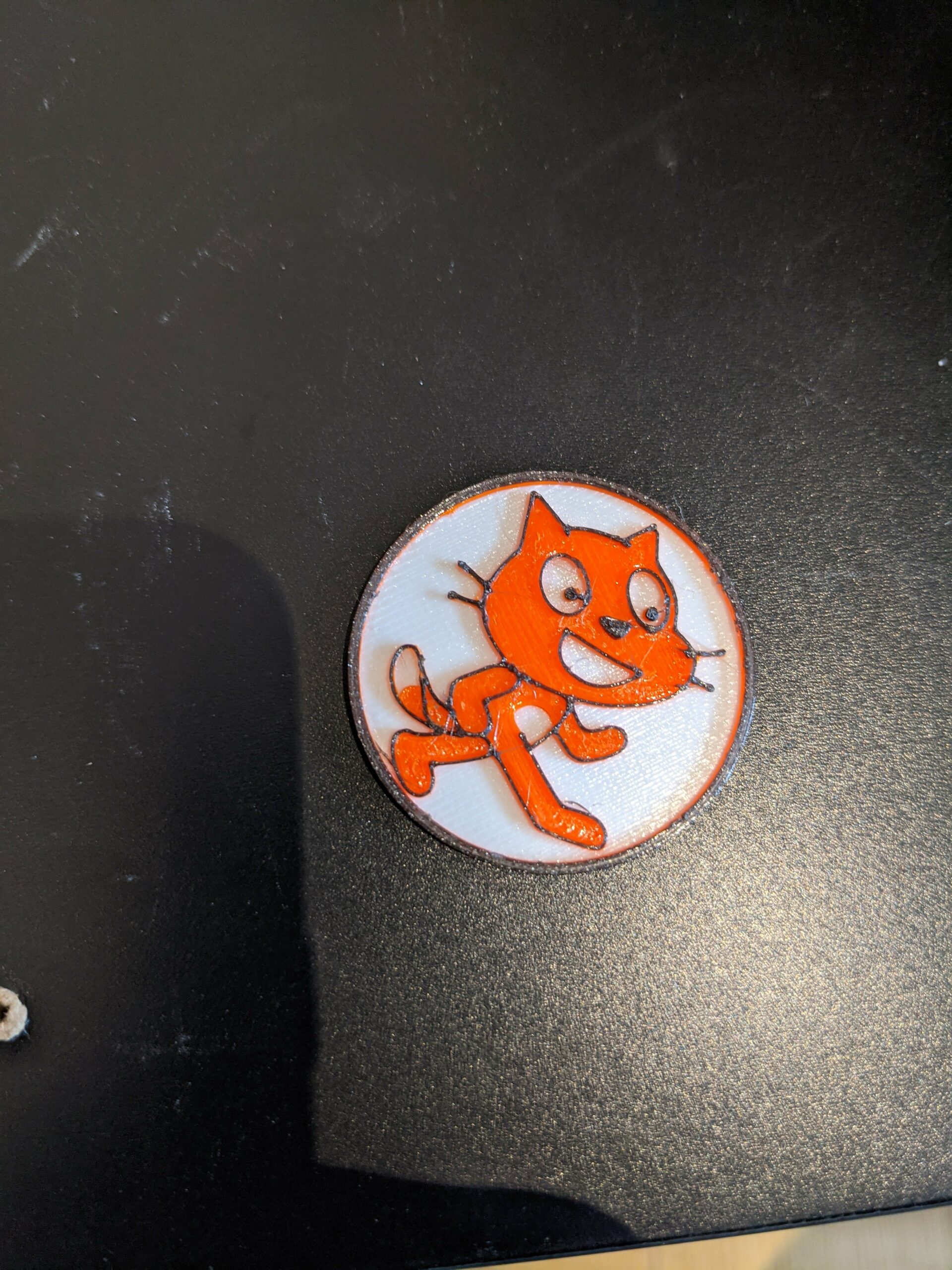 Just by way of an update...

This is what the post-colour change extrusion looks like with 2.3.2 slicing.

You can see how much of the print has pretty much no extrusion after the colour change.
I'd give the Prusa Slicer development team a C+ for this improvement. It doesn't look like the update was tested much! 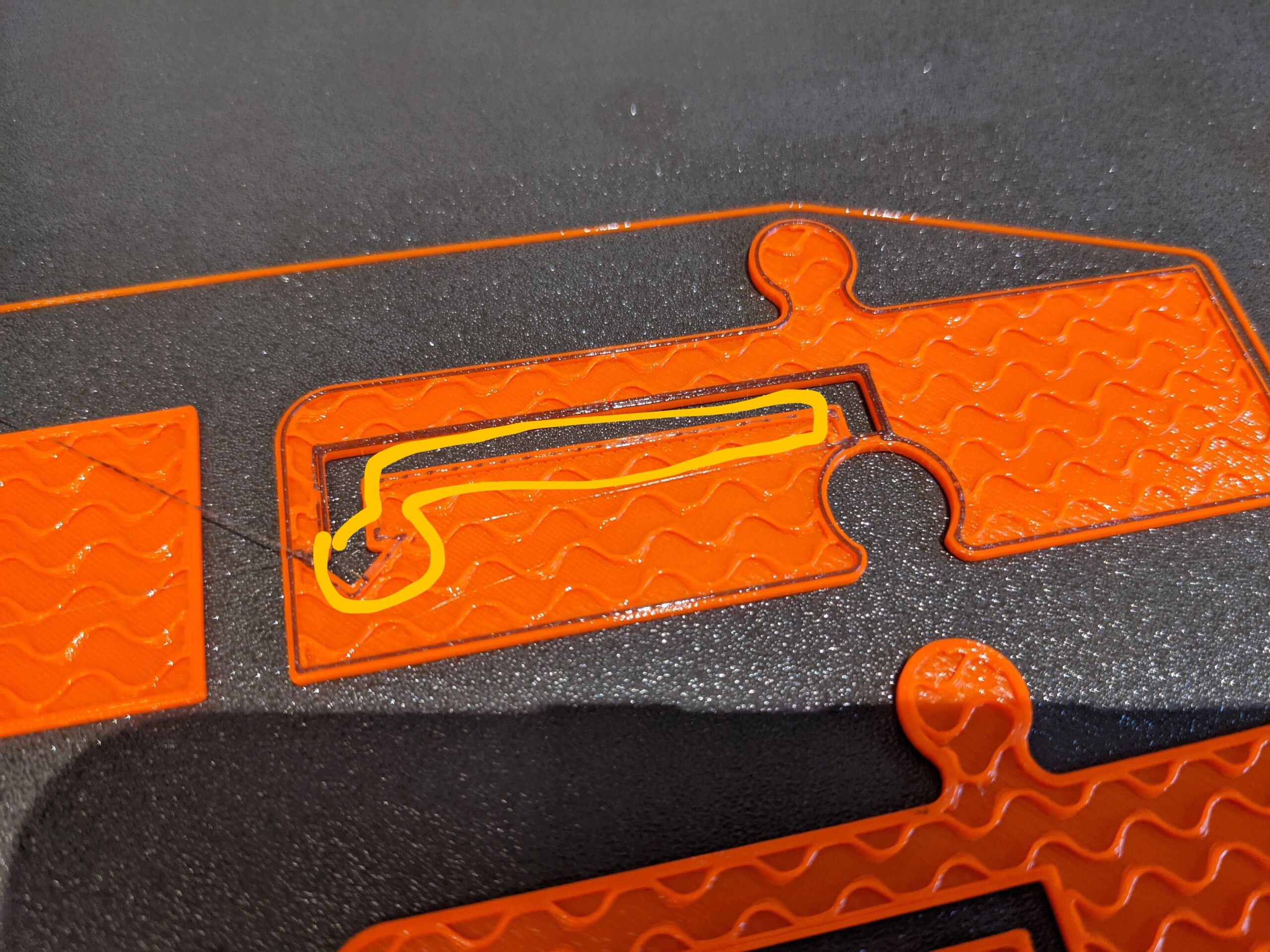 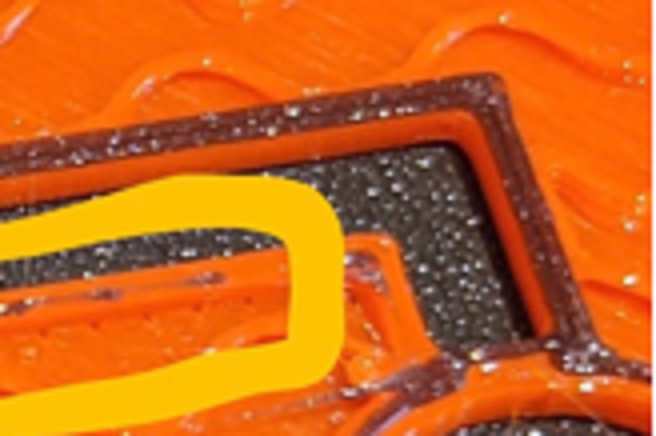