PVA not adhering to PLA Base

PVA not adhering to PLA Base

After my fair share of calibration issues with the MMU2 I've been trying to print with PVA with varying degrees of success. At first I tried to print the PVA directly on the build plate but I was having major adhesion issues so, as recommended by Prusa, I've been printing a 'base' of PLA before the first layer of PVA. Now I'm having adhesion issues with the PLA and PVA and as a result the layer(s) of PVA will separate from the PLA its printed on and result in warped geometry of the final print.

Any suggestions are greatly appreciated!

On the print in the image below I stopped the print before the first layer of PVA was printed and applied some glue-stick to the PLA base, but as seen this did not help at all. The only parameter I could think to change would be the printing temp or cooling of the PVA filament 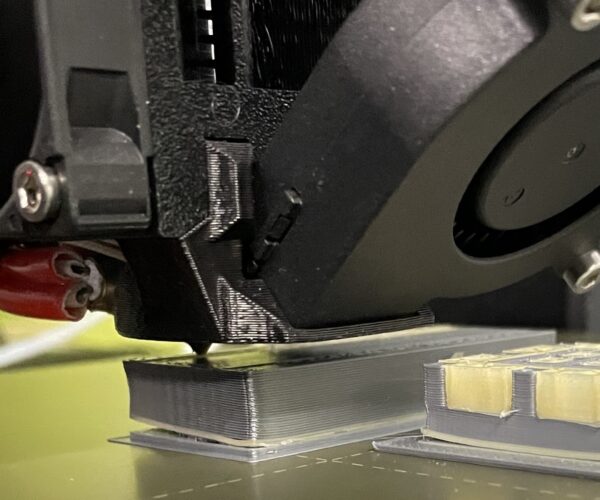