I ran a 12 hour print the other day for a pretty large part and ran into an issue I'm hoping there is a fix for.  The part is designed to not exceed a 45 degree angle so I can print without supports.  At the end of the print, the last ."8 of distance, the print steps up slightly rather than staying smooth like the CAD model.  Any thoughts on why this is happening - it did the same thing on two different printers.

I'm using PLA (tried 2 different brands) at .3mm layer heights, 100% infill (this is for a lamp shade).  The only changes I made to the .3mm Draft settings is the infill amount and set the seam to random, everything else is from the Prusa settings 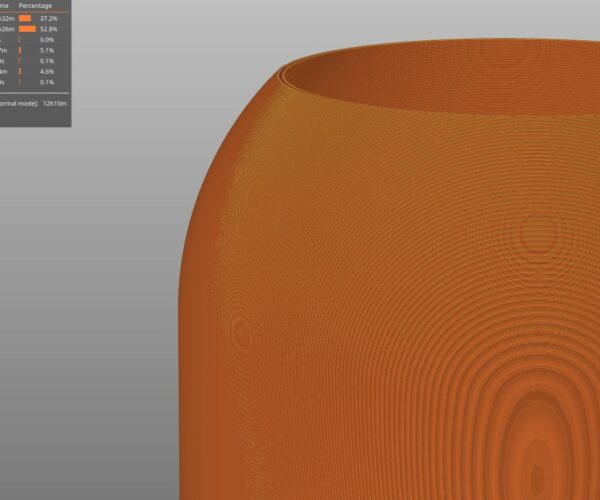 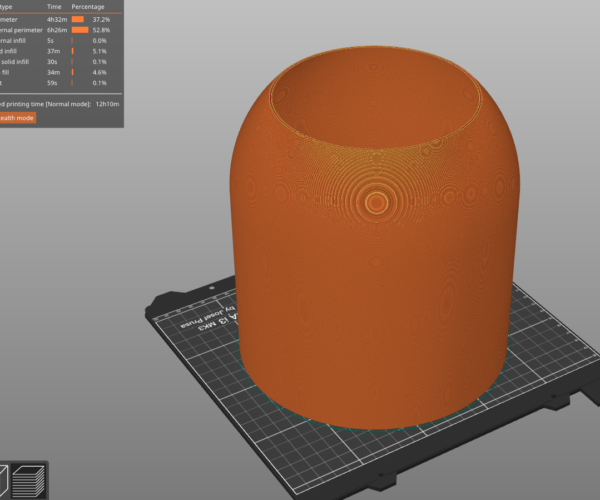 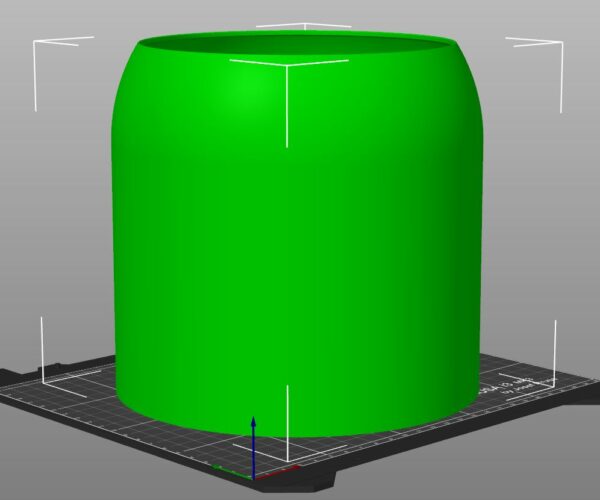 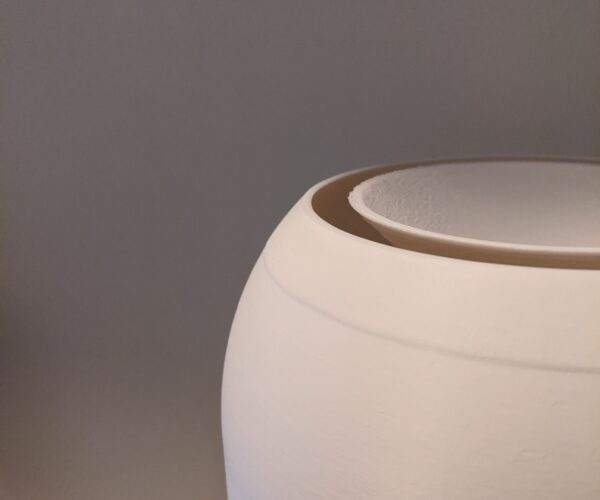 Any advice would be appreciated, LMK if I'm leaving out any important info

I think what you are seeing is the infamous "buldge" that occurs as layers transition:
Happily, this was described as a "buldge" in an early post and that misspelling has made the problem very easy to search for. There are several threads you might want to look through:
Unfortunately, no single fix has been identified that will work in all cases, but a few things that help:
I've gotten to the point that I can usually eliminate the effect to my satisfaction. Dig through those threads for examples. Contrary to some theories, this is not exclusively a PrusaSlicer thing. You might want to follow the Cura slicer development. They've recently released an Alpha of their Arachne slicing engine that dynamically adjusts perimeters based on wall thickness. It's still early alpha, and not yet producing ideal results, but it's worth a look. There's a lot of cross-fertilization between slicers, so something similar may evolve for PrusaSlicer in the future.
In your specific example, slice the part and spend some time in preview mode checking to see if the defect aligns with any shifts in infill, solid layers, transition from perimeters to sparse infill or gap fill, etc. If you'd save your part & settings off in a 3MF project file, zip it up, and attach it to a reply here, we may have better suggestions.
My notes and disclaimers on 3D printing

Great, thanks for all of the detailed information.  I'll go through this and post if I find any resolutions.

The Prusa Benchy hull line notes might also be interesting.
My notes and disclaimers on 3D printing