Hello, I currently have 3 different creality printers and just ordered my first Prusa a MK3S+

I sell ABS printed products and have found myself performing more maintenance than designing parts and struggling to keep up with stock.

My biggest concern is warped aluminum beds. All 3 of my printers have had warped beds that get increasingly worse. My Cr10 had a 1 mm variance between the sides and the middle making it unusable.

Does Prusa have this problem? Can it stand up to producing ABS parts daily?

I have not personally printed ABS but plenty of PETG which prints at similar temperatures with zero bed warping issues.

There are many users on the forums that regularly print ABS and I’m sure some will add their comments.

I've had my MK3S+ for a little less than a year and I feel the quality and reliability of the product to be very, very good so far.

Best of luck with your new printer and welcome to the forums.

RE: New to Prusa, Quality question

Welcome to the Forum!

And to the world of Prusa, generally.

Prusa Mk3s series will print ABS all day long without issue to the printer, though sometimes getting the print to stick to the build sheet can be a problem.   Typically, a long narrow print will like to lift up at the ends resulting in a non-flat bottom of the print.  Using a "Draft Shield" as a perimeter helps a lot to stop this.

I find that a BuildTak PEI sheet works great for ABS prints.  "Original" BuildTak black sticks a little too well.  The Prusa Textured and Satin plates, while producing a nice finish, don't seem to "stick" that well for me.

So far as the printer goes,  It is a complicated build with great instructions.   You will not need to upgrade anything to get great prints, and the machines hold up well.   The heated bed is separate from the magnetically attached build plate and stays flat while providing adequate power to print all day long at ABS temperatures. The SuperPinda bed leveling system automatically does the first layer calibration just before each print starts for perfect first layers every time.

if you intend to change nozzle sizes at all often, an E3D Revo Six hotend fits right in, prints the same or better as the standard E3D v6 and makes nozzle changes easy.

and, as I mentioned, if you have issues with print adhesion, a wide variety of build surfaces are available on Prusa-compatible steel sheets. which can be swapped in seconds, while the printer can store first layer height data for several, any of which can be selected in seconds.

And, the thing is so quiet, with only 2 speed controlled  fans, that other noises can become irritating.  My advice is to ignore minor noises if the prints come out great.

I've printed ABS quite a bit on the MK3S over the past two-plus years.

In general, it performs well with ABS but there are some caveats.

ABS, in general, is more tricky to print than PLA and requires more care and attention to detail.  It does have a natural tendency to shrink and warp.

I would suggest the following when doing ABS prints:

1. Preheat the machine to ABS temperature at least 10-15 minutes before starting the print.

2. Use an enclosure, or a draft shield.

3. Use glue stick or something like Layerneer as an adhesion booster and release agent.  I cannot overemphasize the release agent!  See below.

4. When the print is complete, let it cool, slowly, to almost room temperature before attempting to remove from the build plate.

As to the heatbed itself, I have noticed no visible issues with deforming or warping.  However, when I do ABS prints and have the machine heated to ABS temp and stabilized, I've noticed that the Pinda 'double taps' in one location, consistently, indicating a possible deviation from what it's expecting.  It seldom if ever does this when heated and stabilized to PLA or PETg temperatures.  My heatbed is solid-mounted to the 'squished frog' underframe using factory hardware, and every so often I do check to be sure that the mounting bolts are snug.

Another thing I've learned by trial and error is to design models so the features have the strength needed to resist warping.  Hollow spaces with thin walls are notorious for this.

I'm sitting at my desk looking at three rectangular covers I made for a project using Hatchbox ABS.  The largest is about 160mm x 64mm and all are 2mm thick.  They are as flat and as square as can be.  I also did an enclosure for a simple electronic project using the same filament.  Again, square as square can be.  (See photo below)

Now, having said all of that, I will say that you need to take care when doing ABS prints on the Prusa PEI sheets.  I've now had two ruined plates (see photos below) one small and relatively minor, and another very significant, when removing ABS prints from the plates.

The first one (top) was one of my first ABS prints on the Prusa.  (Look at the bad spots above and to the left of the printed piece.)  I was used to the glass plates at our local makerspace, where it was common to use metal tools and such to remove the prints.  I got impatient when an ABS print did not want to release, so I grabbed a kitchen implement and pried it off, along with a few small pieces of the PEI coating.  Had I simply waited, or at worst put it in the refrigerator for a while, it probably would have released.  Lesson learned the hard way.  Stumble while climbing the learning curve.

Now the bottom example still stumps me.  It was a fairly large ABS print, with an adequate coat of Layerneer on the plate before printing, a cool-down to almost room temperature, and a trip to the 'frig when I realized that it was not releasing.  It popped right off, along with a large piece of the PEI coating.  The pieces of coating that I removed from the bottom of the print were quite brittle, so I figure that it was approaching end of life.  It was over two years old and had considerable use and abuse.

I did re-skin that plate, and if you want to read a report on an exercise in masochism, the link is below.  Very tedious and nasty work, once is enough for this lifetime! 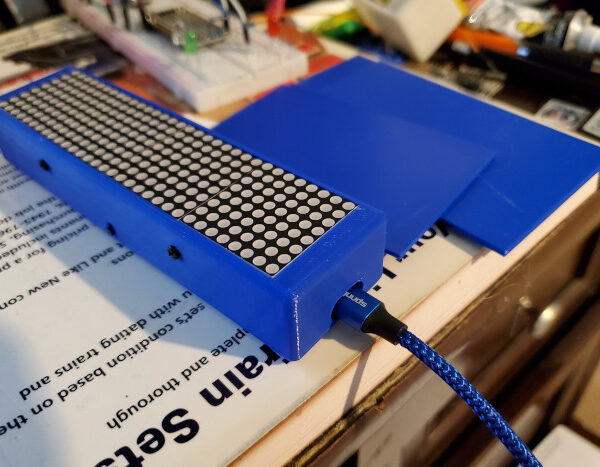 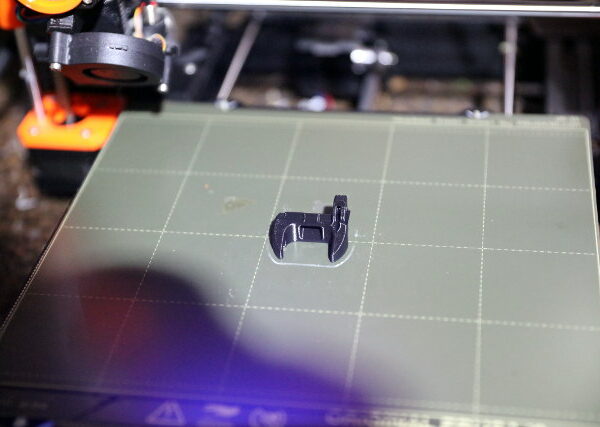 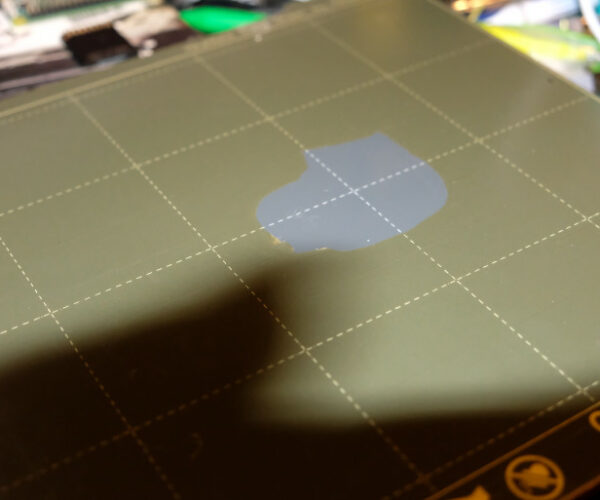