Extruder clogging and underextrusion has been haunting me for months. It first happened after I upgraded my stock Prusa extruder to E3D Revo Six. After several successful prints I would encounter under extrusion and even clogging. Despite several round of troubleshooting without consistent success, frustrated and I bit the bullet and went with Bondtech LGX-FF with shortcut mosquito hotend. However the underextrusion is similar to Revo. When clogging occur, I would not able to smoothly push the filament through the extruder (with tension loosen). Below are the changes,

I print with Prusament PLA and always tried different spool after encountering issue. I think now the remaining change is to swap out the RAMBO board of Prusa. Any more recommendation and advise? Appreciate it and thank you in advance!

Any more recommendation and advise?

In all logic, both the Revo 6 and the Bondtech LGX+Mosquito shortcut should perform fine in a Prusa. Many people use these products without issues.  Myself, I have a Bondetch LGX  plus Mosquito, but the regular version. I looked into the shortcut model, but I settled with a regular Mosquito because I didn’t like the design of the shortcut. The heatsink contacts the heatbreak only by a narrow band at the side. I suspect that the heat dissipation isn’t nearly as good as with the long heatbreak heatsink of the standard Mosquito.

The shortcut seems to be dedicated for flex filament, because of the very short distance between the extruder gears and the hotblock, the filament has less chances of get wobbly and entangled in between. Now, for rigid materials like PLA, PETg or ABS I don’t see any advantage on the Mosquito shortcut, rather on the contrary, but that’s me.

When I was using the stock Prusa extruder+V6 hotend in summer I had sometimes heat creep issues printing PLA, specially on models with lots of retractions that took many hours to print. Since I got the LGX + Mosquito setup not a single clog/heat creep problem.

Have you checked where it’s exactly the issue ?. Is it the tip of the nozzle getting progressively clogged or is it the temperature rising upwards with the subsequent jam in the heatbreak ?  If you can’t insert manually the filament with the LGX tension lever loose, that means probably  jammed filament inside the heatbreak.  Have you removed the extruder to see if the jam reaches the teflon tube ?.

I don’t know about your LGX+Mosquito shortcut but, in my version, the LGX unit can be easily taken out from the body of the extruder just unplugging the motor connector, the IR sensor housing, and removing 2 screws and the sides. If, after a jam, you are able to remove easily the LGX body, then the problem is downwards in the heatbreak or the teflon tube,

Could you give us more details, such as nozzle temperature, retraction length and speed, overall printing speeds, type and diameter of nozzle ?

I bought shortcut because I thought the overall design is cleaner and lighter, however neglecting the fact of heat creep. Agree that the short path is likely cause.

It looks like the clog happened right around the heat break region, strangely after the cold block area (shortcut version does not have teflon tube). When clog occurs, I would not able to push the filament through with tension loosen.

Yesterday I changed again back to Revo Six with the G4010H05B1-RSR-WS, had to recompile the firmware to get it work with 8000 rpm and I had 2 successful prints ~6 hours and 4 hours now. Perhaps my Revo issue is with the Noctua fan and LGX-ff just not suitable with PLA, though Bondtech claimed it should work for all material and excel at flexible. I would like to try the standard version of Mosquito hotend though, but getting another set of conversion kit would cost me considerably especially after I bit the bullet with the extremely costly LGX-ff(and it did not work for me!), I guess I will stay and monitor Revo performance for now.

Thanks and appreciate your input! 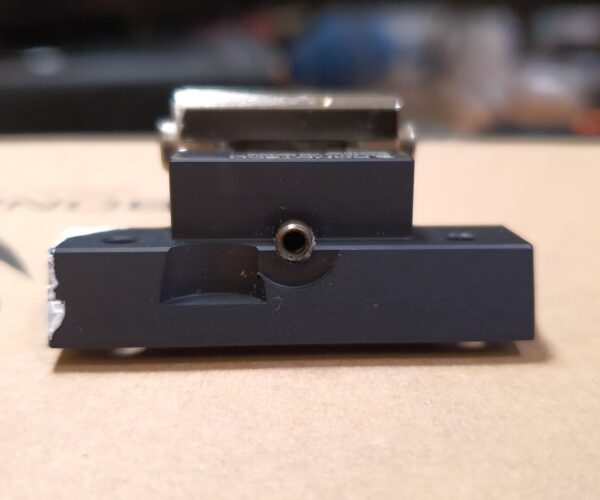 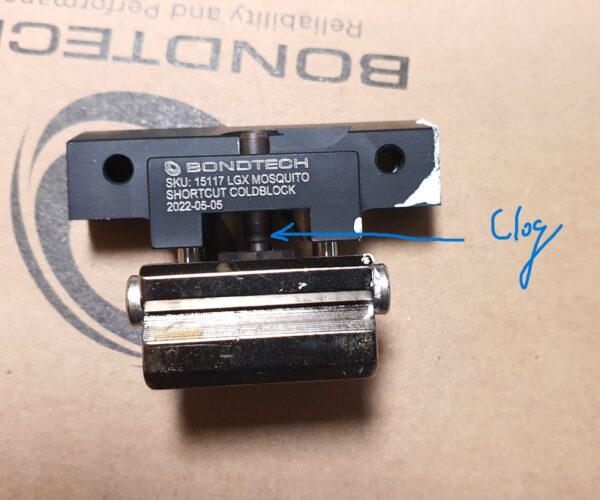 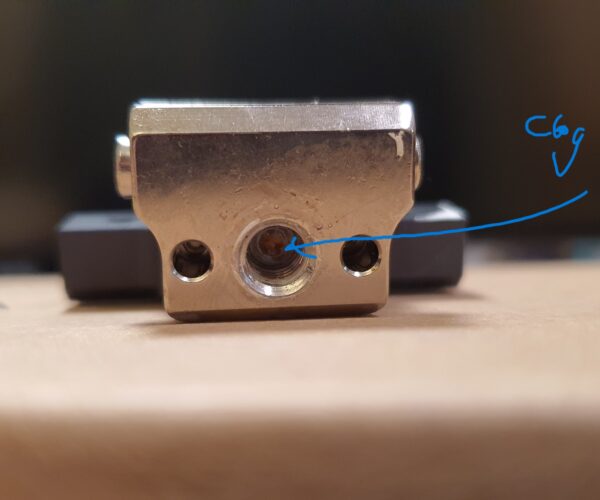