When I start printing the first layer looks uneven, like you see on the picture.

I hope somebody have a idea 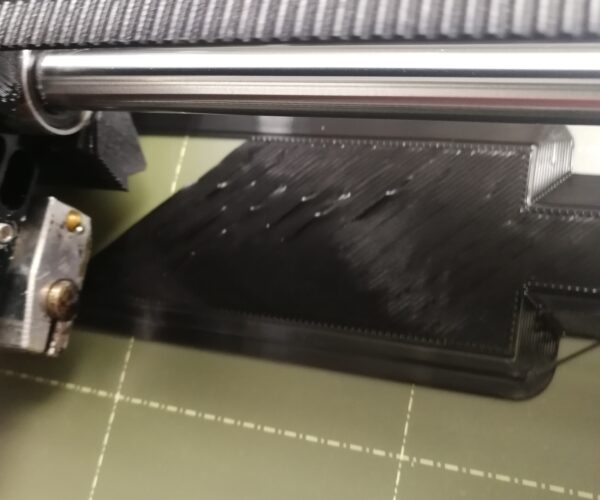 When I start printing the first layer looks uneven, like you see on the picture.

I hope somebody have a idea

Here you will find instructions for first layer calibration: https://forum.prusa3d.com/forum/original-prusa-i3-mk3s-mk3-assembly-and-first-prints-troubleshooting/life-adjust-z-my-way/

It's for the MK3 but it's the same principle.

the print bed must be good leveled and free of dirt, grease, lime, etc. Clean it with dishsoap, water and isopropanole. Don't touch it on the printarea after cleaning.

Thank you for your answer.

The first layer calibration I did a lot of time and it looks fine but when i start printing I sometime looked like on the picture. I reduce the speed now from 100 to 80 and in works better.

An other problem that I have is that nearly by the end of printing the object dissolves from the ground. 🙁 bevor starts printing I clean the ground already with different things but without better solution. 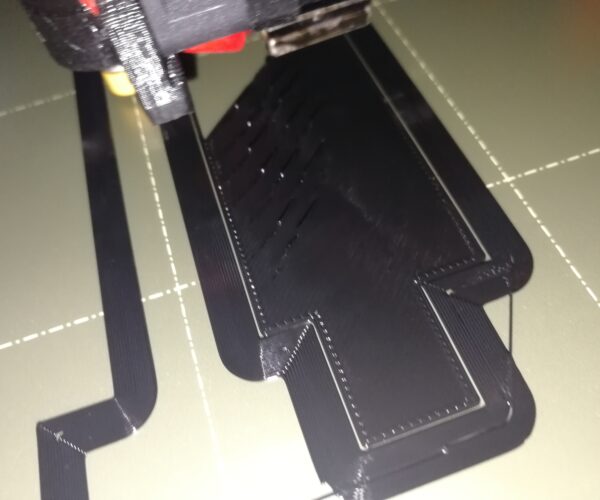 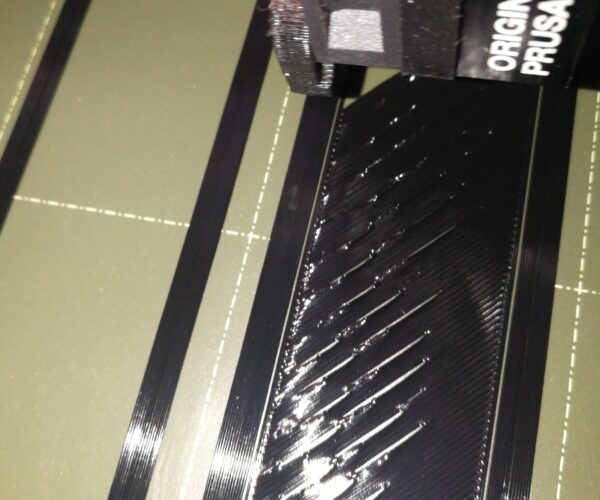 Build platform is not level

Nozzle starts too far away from bed

Once your bed has been properly leveled, you still need to make sure that the nozzle is starting at the correct height relative to the build platform. Your goal is to locate your extruder the perfect distance away from the build plate — not too far and not too close.

First layer is printing too fast

The plastic will tend to separate from the build platform as it cools. This is an important fact to keep in mind as you print your first layer. If you notice that the layer seems to stick initially, but later separates from the print bed as it cools, it is possible that your temperature and cooling settings are to blame. You may also want to try disabling that cooling fan for the first few layers of your printer so that the initial layers do not cool down too quickly.

Strips of tape can be applied to the build platform surface and easily removed or replaced if you want to print with a different material. For example, PLA tends to stick well to blue painter’s tape while ABS tends to stick better to Kapton tape (otherwise known as Polyimide film). Many users have also had great success using a temporary glue or spray on the top of their build platforms. Hair spray, glue sticks, and other sticky substances tend to work very well if everything else has failed. Feel free to experiment to see what works best for you!

When all else fails: Brims and Rafts

Sometimes you are printing a very small part that simply does not have enough surface area to stick to the build platform surface. A brim adds extra rings around the exterior of your part, similar to how a brim of a hat increases the circumference of the hat.

Latest Post: Filament sensor (i3 MK3) damaged by rugged end of filament. Where can I get a spare? Our newest member: Daniel.P Recent Posts Unread Posts Tags