I've been using FreeCAD to do most of my modeling. I decided to try Fusion 360, the hobbyist form. I'm working my way through that.

I have a orientation problem. It's not killer, but it irks me. If I create a FreeCAD model on the  XY plane, it looks that way when I import the STL into PrusaSlicer. If I do that with Fusion 360, I get a model imported on it's side. I've tried both export as stl and 3MF. They both come in on their side. It only takes a second to orient it correctly using Place on Face in PrusaSlicer. But it irks me 😕

Am I making an error in Fusion, PrusaSlicer, both, or none???

Don't use fusion 360 but in Blender on the export dialog there are options for which axis to use for output.  Check through F360 for anything similar.  I take it you googled this already ?

For example https://forums.autodesk.com/t5/fusion-360-design-validate/stl-exported-sideways/td-p/6718459   first hit on a search. 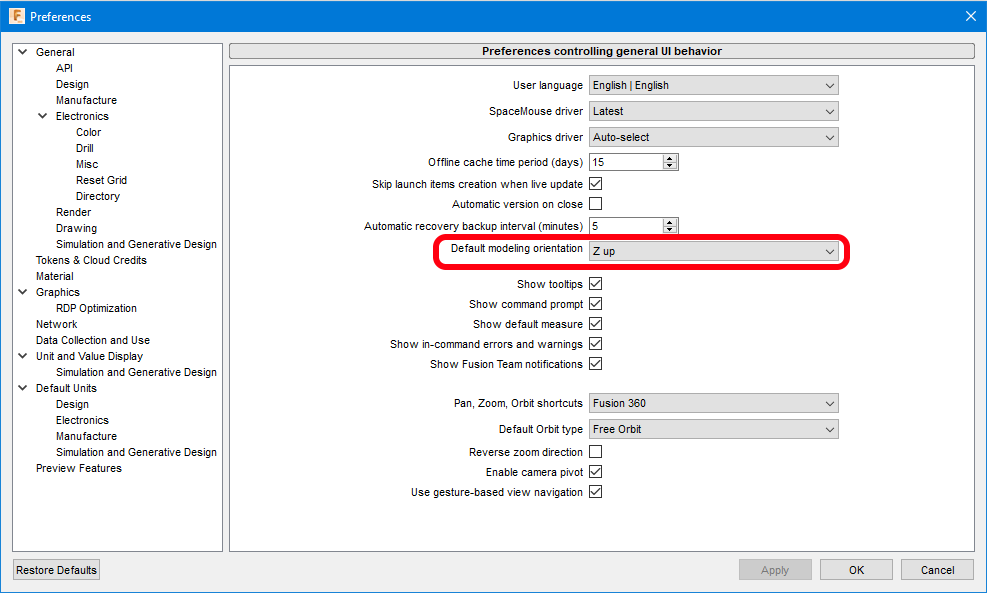 Thanks. That did it. I'm not sure why you would want Y-up.