We found a weird pattern shift in the perimeter paths of a box: On the print you can see different layer shifts in y and x axis, but in both dimensions. I mean the box is wider at a certain layer and shrinks at another layer again. Mostly this is related to infills/structures, but we could observe that without any relation to a structure: 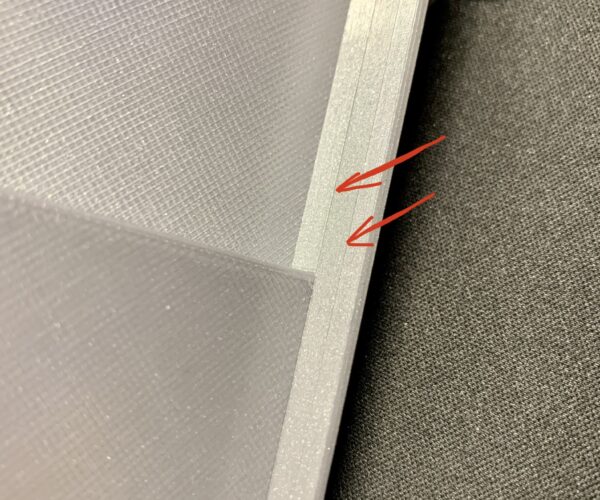 The box is on smallest diameter too small (before first arrow) (we're suspecting shrinking here, related to the infill) and on the widest part (between first and second arrow) too big 0.2 mm.

Really weird is that the diameter shrinks again (second arrow), which is unplausible at the first sight.

We checked the path in PrusaSlicer and he sliced the layers differently:

We found the option to force the external perimeters first, would that help? At least he is then changing the pattern and keeps is the same between the first arrow and the second.

What slicer does when building walls is quite the mystery to just about anyone that expects consistency.

It is unlikely to place external perimeters first when they are selected to go down last - but, they can easily be laid down clockwise in one pass, counter clockwise in the next pass; generally due to some other detail being printed nearby like infill.

This sort of movement and extrusion calculations made during slicing also leads to odd bulges in prints. Lineal artifacts in the wall where there shouldn't be any.  There's a 200 page discussion of these - search for "buldge" [sic] ...

There are several defects against slicer for these types of artifacts. You are welcome to add to one of the use cases or even to post another over at github.

I am not sure if this is the same issue, however I noticed irregularities in the perimeter as well when when tuning the slicer settings for a new filament (GreenTECH Pro Carbon).

When slicing and printing the standard bridge test model in Cura and Prusa Slicer it get very different results on the same printer with the same print settings: 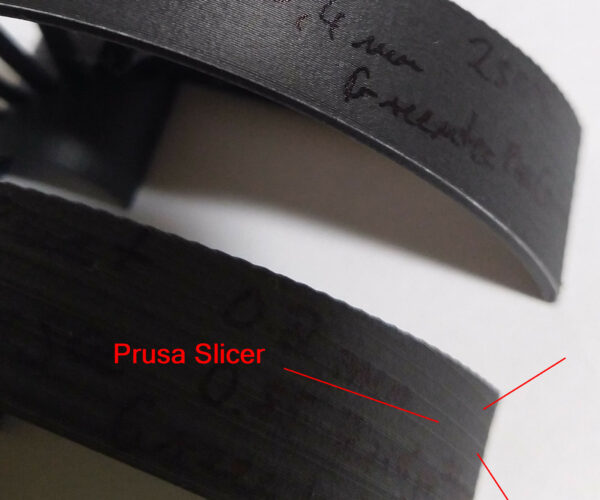 Prusa Slicer is my favorite slicing software, however this and another issue I will write about in a separate post since it is completely unrelated to this.