MMU2S - Where to mount spools?

MMU2S - Where to mount spools?

I'm considering cancelling my order because I can not find any information about how to mount 5 spools on the top. Currently I'm using the Lack 2.0 enclosure and have them mounted to the top. With my setup I will cannot mount them to the wall or anywhere else. Also where do the PTFE tubes insert? Lastly, will the MMU2S be easily accessible? Anybody that has one knows they can be finicky and need to be serviced often.

I understand this is currently an unreleased product and we will know more once we get our hands on it, but dang, was hoping to find more info.

I'm using the spools inside, you can technically place 8 spools there, to each corner

@stepik, can you please post a picture? Thank you!

I try to give answers to the best of my ability, but I am not a 3D printing pro by any means, and anything you do you do at your own risk. BTW: I have no food for…

another option to place the spools: 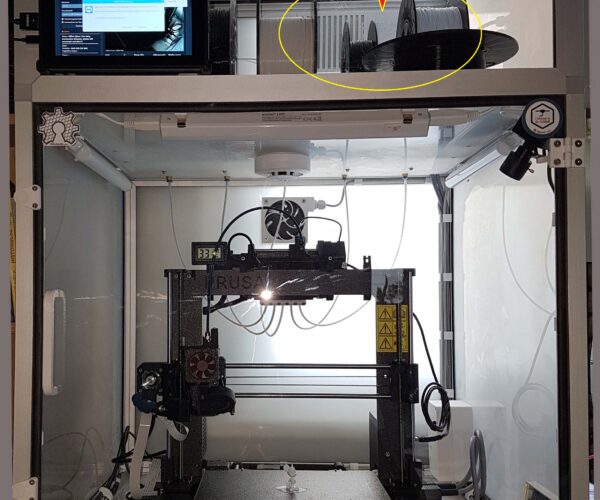 In any case, I would not attach all the filament spools to the original Prusa frame. It is also important to plan for a buffer so that the filament does not roll off the spool during unloading.

Hi Karl, I believe this is all about the new Prusa Enclosure, not the Lack...

I try to give answers to the best of my ability, but I am not a 3D printing pro by any means, and anything you do you do at your own risk. BTW: I have no food for…

I have mounted my spools on a shelf above the printer, maybe you could consider the enclosure lid, to be a shelf. 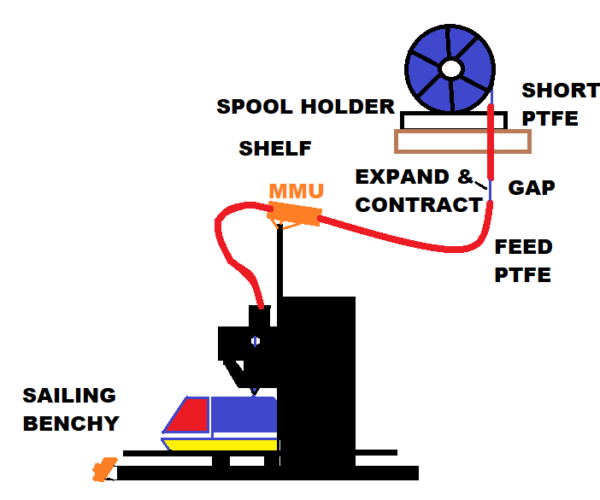 the gap between the short and long PTFE Feed tubes, expands and contracts to prevent spilling filament off the spool when it is retracted, and closes up to allow filament to feed off the spool, when needed.
simple but effective

I would strongly suggest a few tweaks to help you learn to like your MMU2S.

First, in general, you will need a LOT of patience to learn to use and tweak one of these things.  If patience is something you do not have, the MMU2S is not the product for you!

1. Print a remixed manifold (from Printables) to use Bowden type quick-release fittings where the tubes enter the MMU.

2. Use a DPST switch (housing in the Printables section) to break both the positive and negative power leads to the MMU and 'turn off' the MMU to use the printer as a single-medium printer.  The MK3S series frame has two threaded holes which look like they were intended for something like this.

3. Print those knurled bolt extensions (again, from Printables, barely visible in the bottom photo) to conveniently adjust the tension and to quickly open the unit when (not 'if', 'when') the hobbed pulleys need cleaning or you have a jam.

As far as where to place the spools, those included spool holder things are quite handy and useful.  The included 'buffer' is a major pain in the @$$, however.

I like Joan's drawing above of the 'expand and contract gap' and if I had to do it over, that's probably along the line of what I would do. 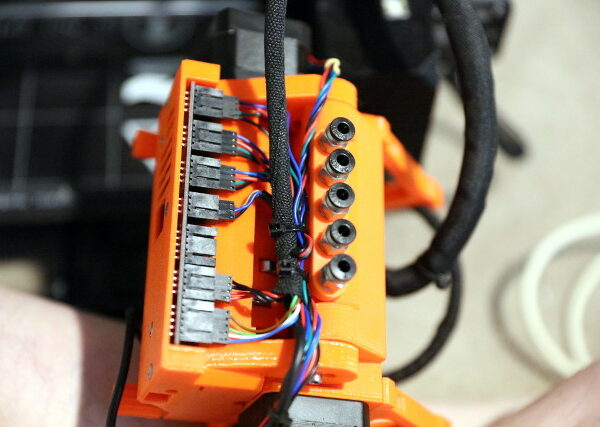 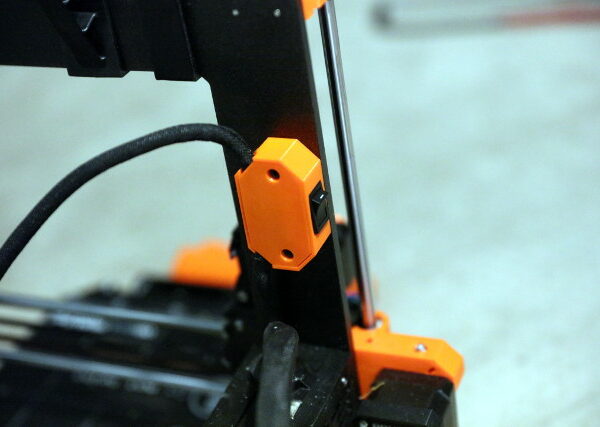 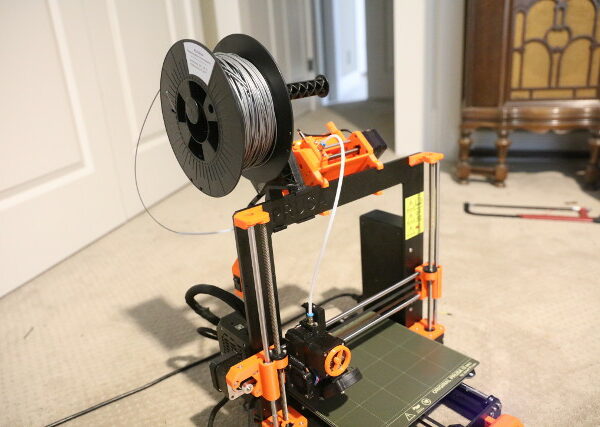 Here's my setup. I used the MMU PassThru Plate on the back of my cabinet to keep things straight. Mounted 5 spools on top of the Lack Table mod. Drilled 5 holes in the rear to allow for the PTFE tubes. I plan on using this Buffer as soon as I print them as it will help in the tangle that happens every so often.

Latest Post: No one said that I would need two printers.... Our newest member: cb-1 Recent Posts Unread Posts Tags