Greetings all, just in time for the weekend we are pleased to announce a new beta firmware for our SL1 and SL1S SLA printers. Please find all the details below.

This is the first public beta release of the upcoming firmware 1.7.0, which brings two new important features. Compared to the previous release 1.6.4, there are 24 bug fixes and 105 pull requests. Please note that this firmware is recommended to the advanced users.

Once a print is finished, there might be enough resin in the tank to start another print immediately. However, there might be small parts laying at the bottom, invisible to the naked eye. Upon starting the next print, the print platform can push these parts against the FEP film and punch holes in it. For this reason, we recommend pouring the resin back into an empty bottle through a sieve and only then reusing the resin. 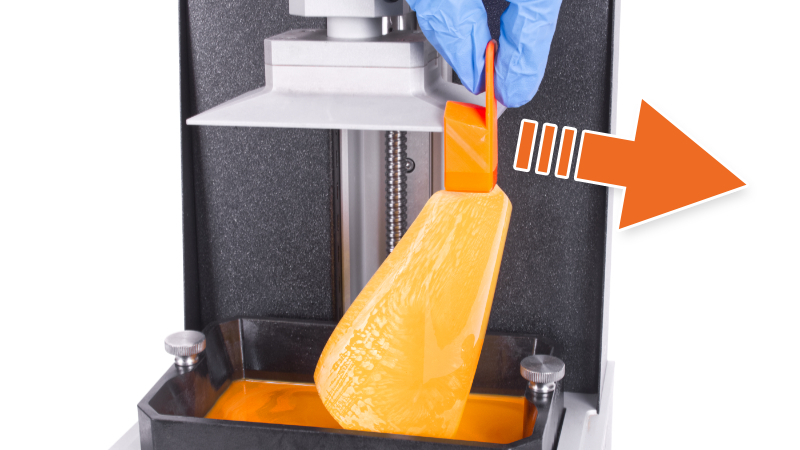 We are fully aware that this approach takes more time and this is why we are now testing a feature called “Resin tank cleaning”. When the print is finished, you can select this feature from the “finished” screen. Insert a special 3D printable adapter on the platform, wait while the printer lowers the platform and cures the first layer at the bottom of the tank (adjustable for 30-120 s). Once the curing is done, the platform rises up along with a thin layer of exposed resin attached to it.

IMPORTANT: Though this feature was heavily tested, it is not fully finished yet. While cleaning the tank, please always pay close attention to the printer to avoid possible issues. To learn more about this new feature, please see article Resin Tank cleaning.

Even though we are constantly testing new resins and creating tailored print profiles, we are unable to cover all resins available to the market. With this release, we are bringing an option to run a calibration print, which will print multiple objects at different exposure times to help you decide, which value is the best for your resin. 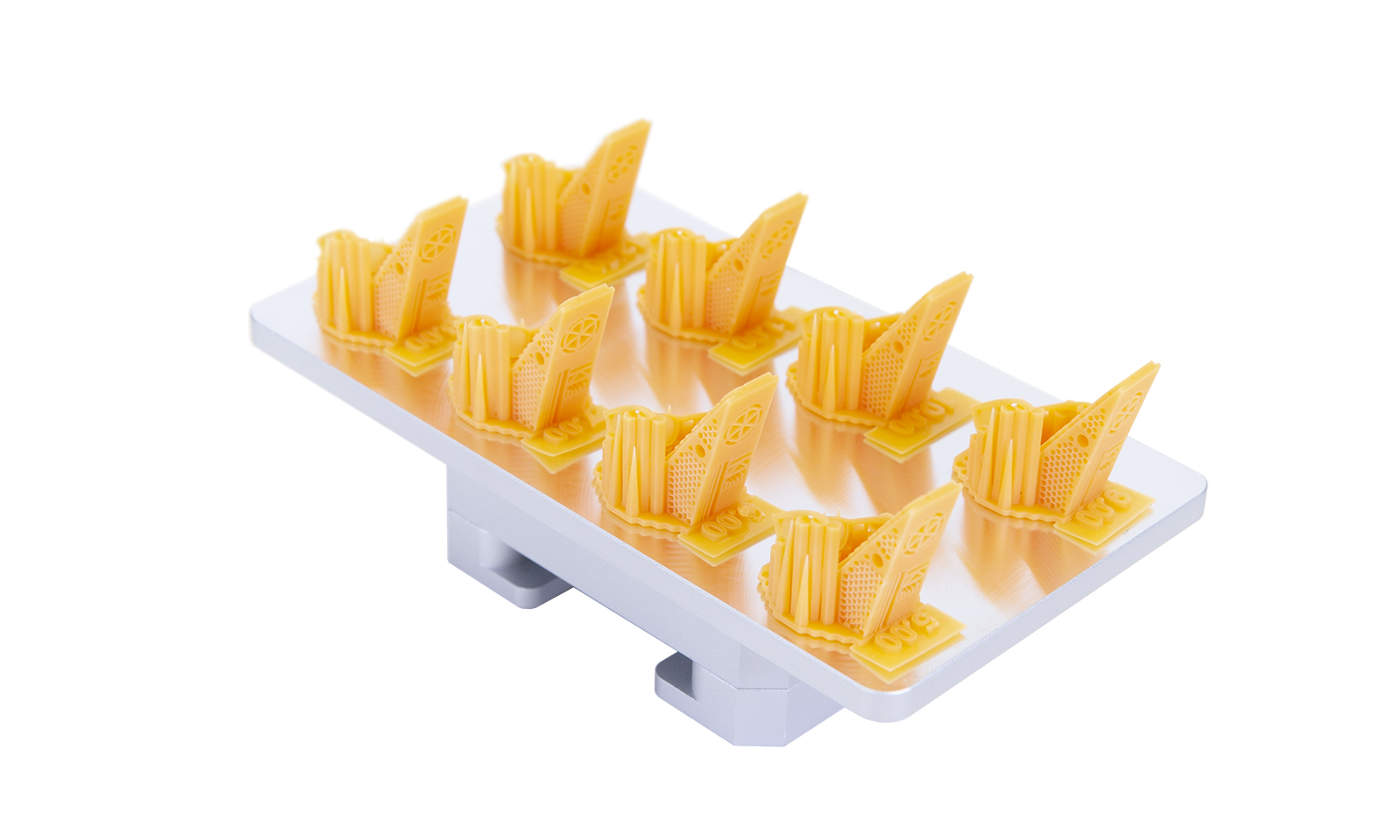 During internal testing, we have discovered that the feature requires a major overhaul and this is why we have significantly updated the code and further extended its capabilities. Now, the printer is properly utilizing the HW acceleration to achieve improved precision and reliability.

The main aim of SL1S was to push the boundaries and increase the speed of SLA prints, in some cases the overall time is only 25 % of the previous generation SL1. However, in some cases, this speed is too high. 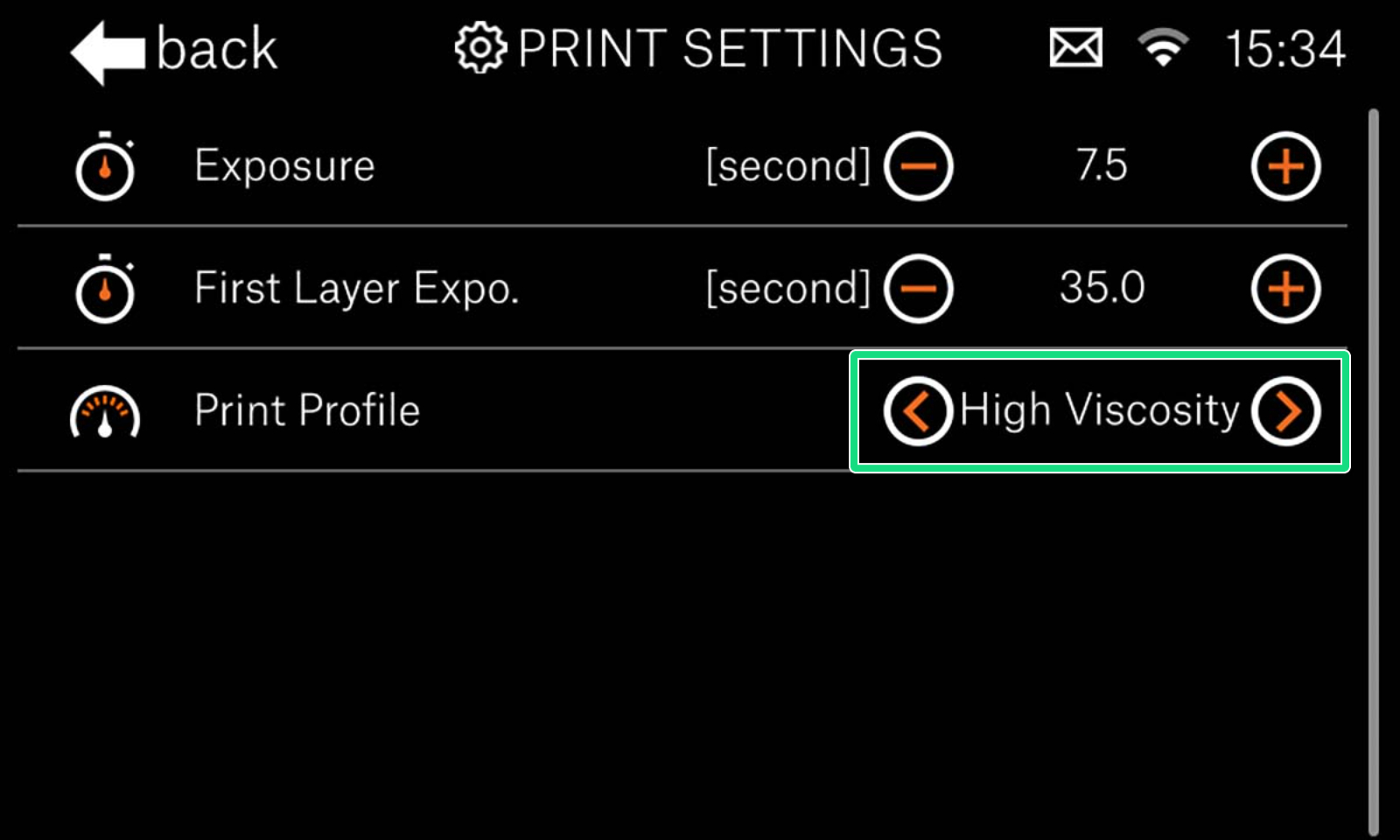 One example is professional resins with high viscosity. The SL1S in its default setting moves too fast and the resin is unable to flow and spread evenly under the print platform. Since this is a physical property of the material and can't be changed, we are adding another option “High Viscosity” to already existing profiles “Faster” and “Slower”.

Previously, when the resin sensor failed, the system halted with an error. Now the printer repeats the action two more times before reporting an error. We would like to thank the users who suggested this change.

Until now, when the pre-print checks were running, the user wasn't able to cancel them. From our experience, you might realize you haven't prepared the printer properly and the checks will inevitably fail. For this reason, we are now adding an option to cancel the checks at any time and return back to the menu.

The overall look of the web interface PrusaLink is now unified across our printers (FDM/SLA). Sidebar parameters include the status of the printer. Also, starting this release, users can also download the project from a remote URL directly into the printer.

The SL1 and SL1S are based on a forked version of Debian Linux and as a part of regular maintenance, the developers have updated this part of the system. Yocto version 3.1 Dunfell was replaced by 3.4 Honister. This means Linux kernel 5.15 is used instead of 5.11. The new version brings improved performance and security.

I updated and am now stuck in the starting screen. See attached photo

With firmware 1.7.0-beta I always get the Error 10122 for the fan test during the selftest wizard. Downgrading the firmware solves the issue. 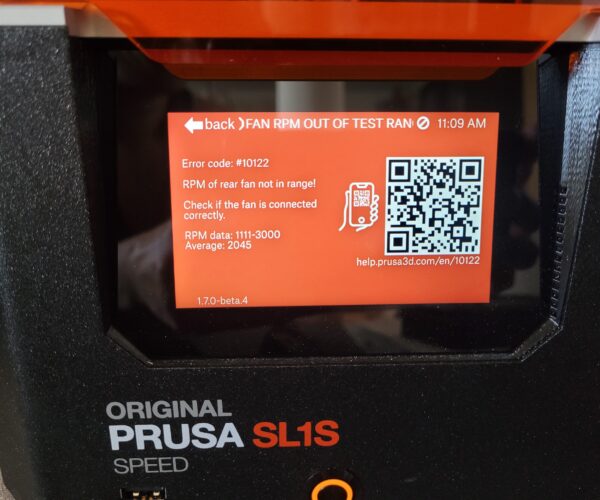 Latest Post: Anyone else had a huge customer support issue like this? Our newest member: spectronicau Recent Posts Unread Posts Tags