This isn't a first prints problem, but I didn't see another troubleshooting area.  My apologies.  I have been printing flawlessly with my MK3s+ for many months now.  Last night was the first time I have had a failure and it is a doozie! I don't even know what this kind of failure is called to search for a solution.  I have tried several different searches but apparently haven't hit on the term to find some others that have had this problem.   As you can see from the pictures the hotend is encased in hardened filament.  I don't even know where to begin on how to fix this or if it is possible.  I would have thought the thermal runaway might have shut things down since the entire hotend is encased and can't cool down.  But I guess not.   I am hoping it isn't a lost cause, but nothing appears to be broken yet. The z-axis laser is pushed out a bit, but not broken off. Everything else appears intact.

So if anybody has some advice on how to start clearing this and also what it is called and how to keep it from happening again I would be in your debt.  Or even to point me in the right direction.  I know the first rule is to never leave prints unattended... I have learned my lesson.   Oh, this is PLA in case that matters in how this problem is addressed. 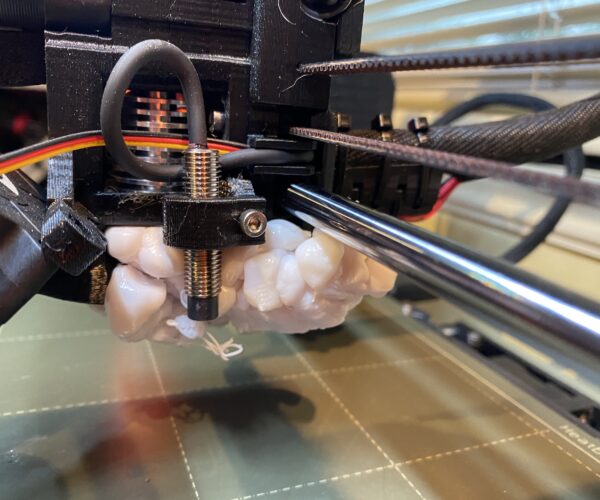 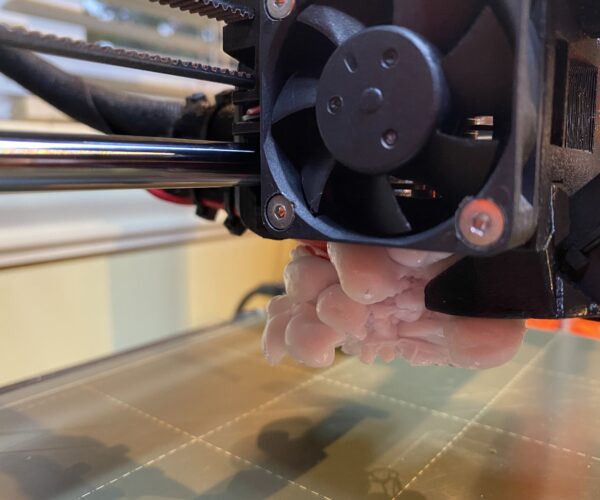 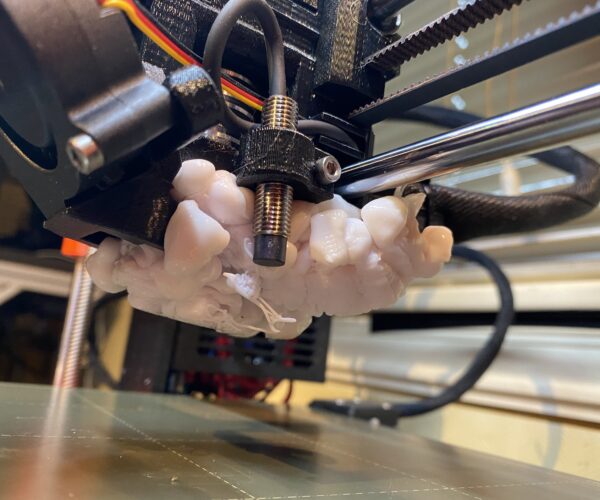 The best way to remove the blob is to heat the nozzle to approx. 220 degrees C. and to heat the blob from the outside using a hot air gun or hair dryer at a temperature of approx. 70-80 degrees C. Caution: Do not set the air gun too hot, so that you do not damage the nearby plastic parts of the printer. Also pay attention to the sensitive thermistor and heater cartridge wiring!!

I was able to get it clean by heating it up to 250.  Thanks for the video.