I've had an awful lot of trouble following a Revo Micro "upgrade" of my Mini+ and found this thread that has a lot of information that helped. I thought it would be handy to have a reference thread that consolidates some of the information that can be used in the Prusa Slicer settings and gives others a fighting chance with the Micro, or report back some further suggestions.

My original Micro had a problem that was diagnosed with a resistance measurement of the thermistor. I probed the pins from the connector and had a resistance of about 54kΩ, but the reading was not stable. The resistance should be around 100kΩ I believe but I can't find a good source for this info. Shortly after I started to get thermal runaway errors. E3D replaced the block.

Next, I started trying to print with the 0.4mm nozzle and 3DQF PLA but was getting massive under-extrusions together with the extruder clicking, which ended up with an almighty blockage in the extruder. I stripped the extruder and completely backed off the tension to where it should be according to the manual (flush with no filament). This helped a lot. I must have been trying to get the extruder to grip when it started clicking and ended up with the tension far too tight. It was still bad though so I replaced the PTFE tube with Capricorn tubing cut to the correct length rather than the slightly too short length after cutting off the olive. This helped a bit more.

During another print I started getting extruder clicking and under-extrusions again so I live-tuned the temperature up by 10℃, which stopped it for a while but I had to increase again a short while later, and again. I dropped the speed to 50% and this helped. I tried another print from scratch with the speed dropped to 50% and the temperature up by 15℃ and it finished. The model had no infill so the perimeter speed was keeping the overall speed quite low.

I was still getting poor prints so checked the printing parameters specified by E3D here, which rather shockingly are quite conservative when compared to the stock Prusa Mini+ profile - Max speed of 60mm/s (E3D) vs 80mm/s (Prusa). This alone suggests that the Micro is not an equivalent replacement, especially given that E3D advertise this as being lighter and therefore able to print faster! I reduced the infill speeds to 60mm/s and I managed a complete print another hollow model.

I started printing some dog-tags, which are my main product and had always printed on the mini. Here as some good ones from before. 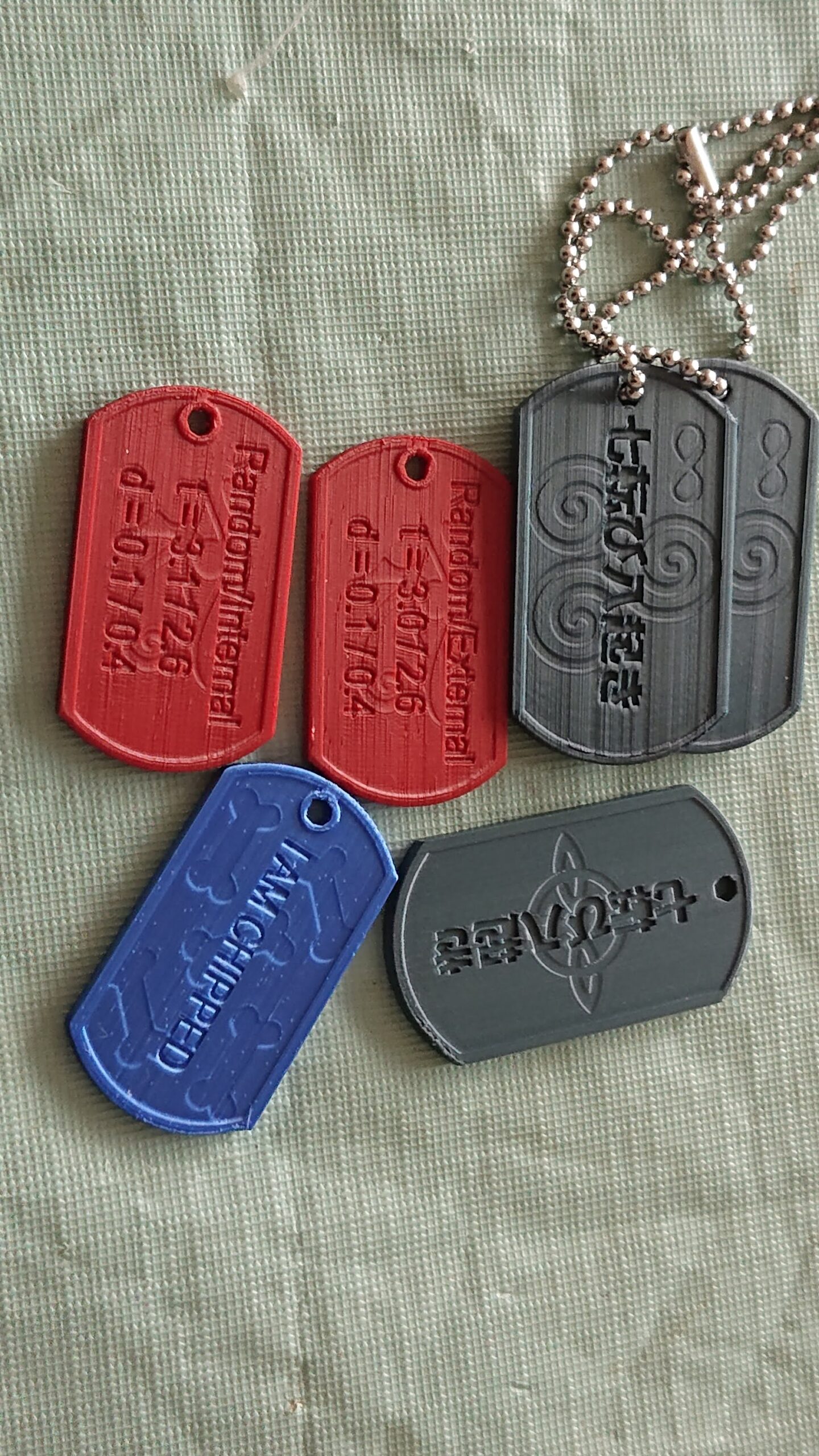 Here are my efforts with the Revo Micro. 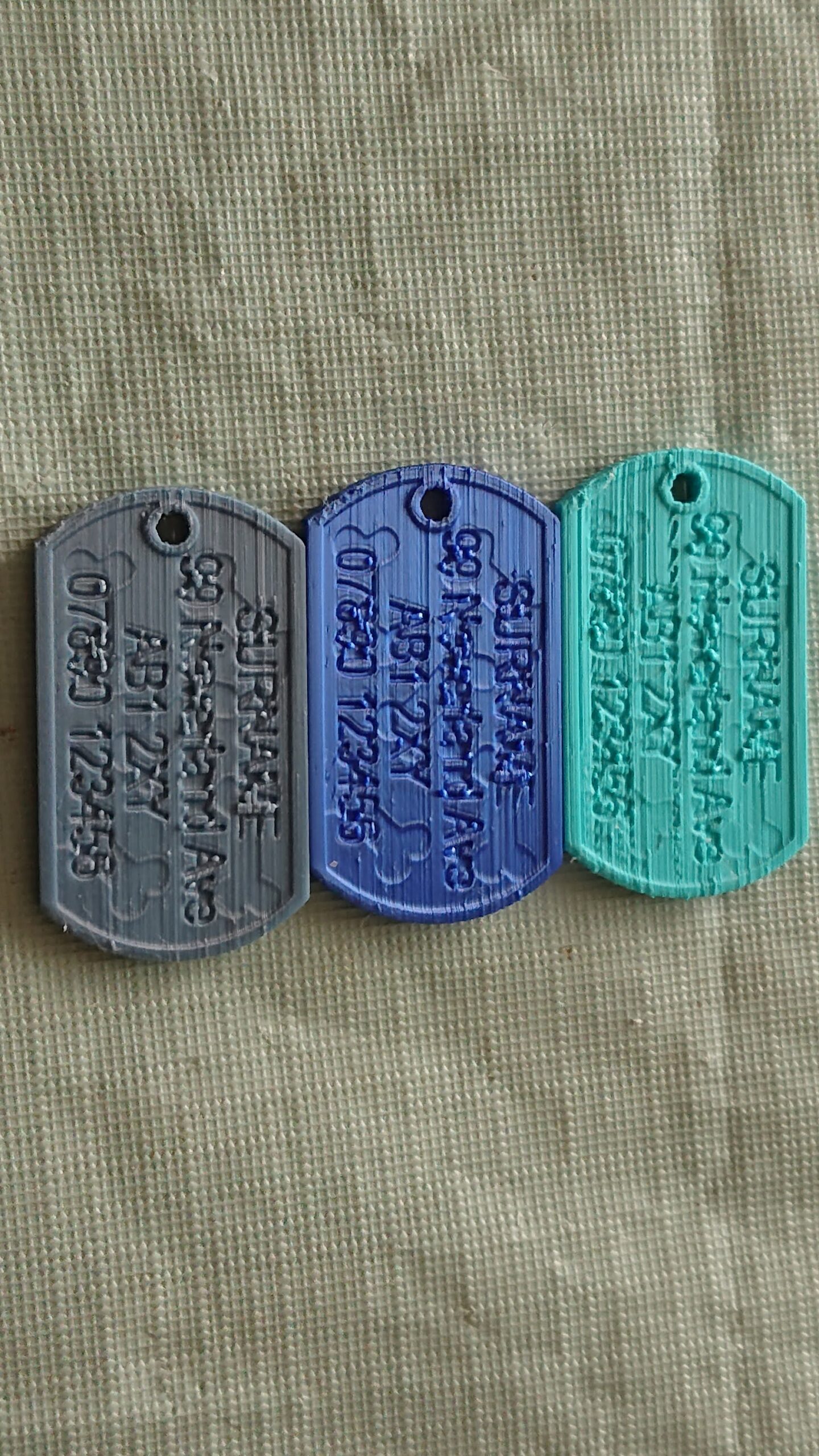 These are all perimeters so print fairly slowly anyway. After all of the changes so far (stripped and cleaned extruder, relaxed tension, slower speeds, higher temperatures), I finally got one that was better 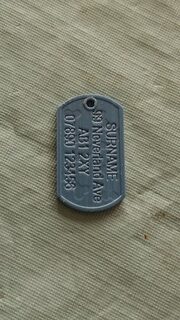 Unfortunately the next one had a fat line of under-extrusions and I felt deflated. I started trying to print something a little more solid - a figure for father's day from here. The base was ok but the legs were absolutely awful so I stopped the print and tried again with the same results. This where the other thread really came in handy.

I changed the following slicer settings:

In Filament -> Cooling thresholds, "Slow down if layer time is below" changed to 5s, and "Min print speed" to 25mm/s.

I don't think this is going to be a fix for everything I print, and I really do think that E3D need to step up and properly address these issues. I'm used to printing PLA at 190℃ because it gives a duller finish that I like but I've increased to 215℃ to get around this issue.

Having issues with the Revo Micro? Try the following

If anyone has anything else to add then please do. This wasn't a cheap "upgrade" and I can't afford to throw good money after bad so I'm persisting, but at the end of the day this is affecting the productivity of my social enterprise.

There are some other suggestions that are more quality of life improvements, such as adding or modifying g-code to the start and end print sections in the Printer section of Prusa Slicer. These relate to PID tuning for faster convergence to set temperatures, and to making it easier to swap out nozzles with longer purge lines and end-print retractions etc.

I hope this helps, but the credit for most of this belongs with the contributors of this thread. It would be handy going forward if any replies with advice specify the problem and which settings fixed or improved for them.

Sadly, after nearly 2 weeks of consultation and a taxingly empirical approach to finding a solution, E3D have failed to provide anything of use and I am about to give up and return to the stock V6. The last suggestion was to lower the MVS to 10mm^3/s, which is an upper limit to the volume of material extruded and may help with problems with blockages when printing infill. For small parts this looks like a cooling issue, which may be solvable by modifying the firmware (but forfeiting any warranty) to increase the PWM cyclic duty of the cooling fan. The suggestions above do help but the quality is just not comparable with the stock V6. It is impossible to gauge how many adopters are having problems but there are clearly some having the same issues. As much as the standard Revo is a direct swap for the MK3 and seems to be working well for some, I cannot recommend the Revo Micro as having any benefit to Mini users expecting the same print quality as they already get, other than the ease of swapping nozzles. Reading the marketing blurb again, it is cleverly worded to intimate an increase in print speed, but the claim actually only says that it could increase travel speed. In fact the design MVS of 10mm^3/s would actually suggest lower print times overall for larger models with 0.2mm layer heights.

This thread was intended to act as a TLDR for the long thread here, and while there are general improvements to be made, some, like myself have given up because there is still no definitive solution. E3D don't acknowledge or even seem to care that this has been an issue for some and hide behind the strict terms and conditions regarding refunds. It works for them so the problem can't exist for anyone else! My advice is to not buy a Revo Micro as an upgrade because you may just be one of the unfortunate ones and be left with no reproach. Refer to this video for some in depth analysis of what the technical issue may be, but the real issue is the ignorance of E3D.

Latest Post: No one said that I would need two printers.... Our newest member: DrGuptaClinic Recent Posts Unread Posts Tags