I had massive layershifts and noise coming from the x-carriage. The carriage was stuck and could not move it after i disabled the stepper motor from the menu.
First i thought this was caused by bad x-rod bearings and replaced those with Misumi's. At first i thought it was solved, but it wasn't.

When i tried to move the carriage it was stuck again, but this time i discovered that it could freely move across the rods when i removed the belt and the belt could not move. It happened sometimes, and sometimes all was working fine.

I decided to remove the x-axis motor and check the rotor. It could rotate freely... for awhile and then it just froze, it got stuck and needed some force to make it rotate again.
First i ordered a new motor from the Prusa site and decided to open the motor since i had nothing to lose.
This took some investigation, since after removing the 4 screws it was still closed. It took a bit of persuasion with a little hammer to open it, as you can see on the pictures, i damaged it a bit (new one is on its way anyway)

Inside there are two 625Z bearings and one of them had an enormous amount of play and some black stuff had gathered all over the inner rotor. The other bearing also had a bit of play.

I have ordered a few new 625ZZ bearings (low quality) to see if this can be fixed. I also found more exensive SKF bearings, and will order those when this fix actually works.
I'm not 100% sure about this since the black goo could have come from 2 plastic bushes which might have changed in size, but maybe i can print new ones.

I also switched the top bearing with the bottom one (which had the most play) too see if i could print again, but as you can see the yellow cubes, it didn't work out.

I'll keep you updated here when i receive the new bearings (which should arrive tomorrow or the day after) and have started it all up again.
Hopefully this can help anyone with similar issues. 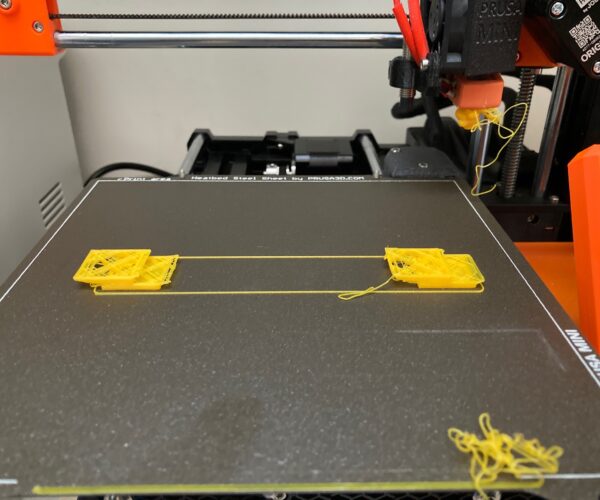 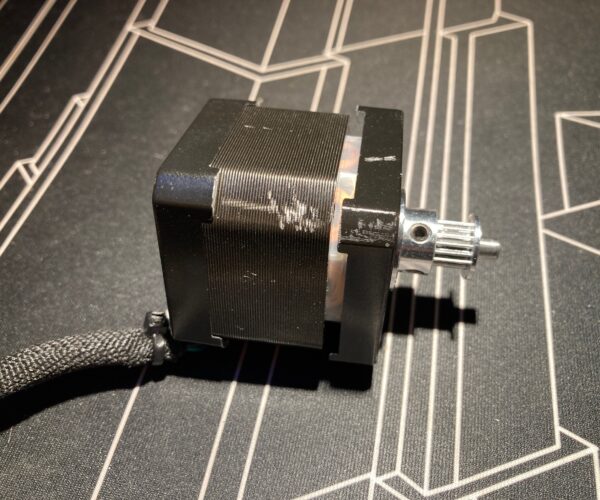 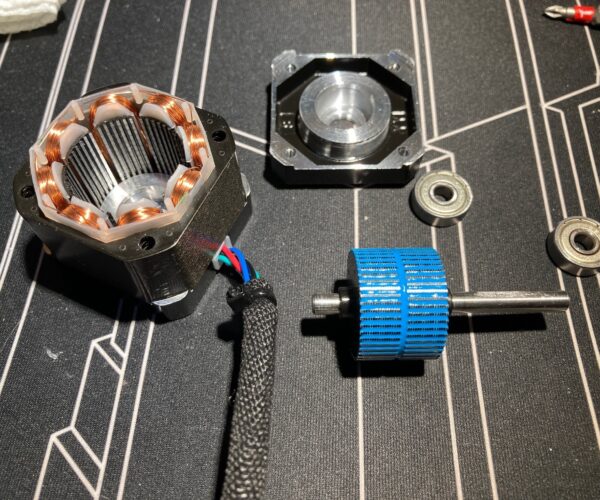 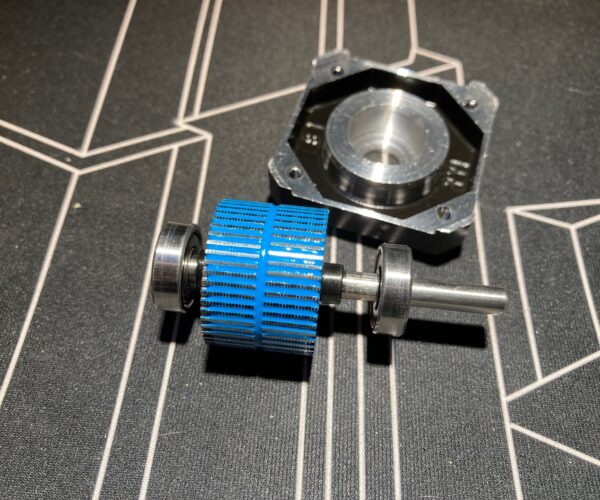 Just received the new el-cheapo 625zz bearings, installed them, put everything back together.
The carriage runs really smoothly now and first axis-tests passed without any problems.

Will do some test prints now 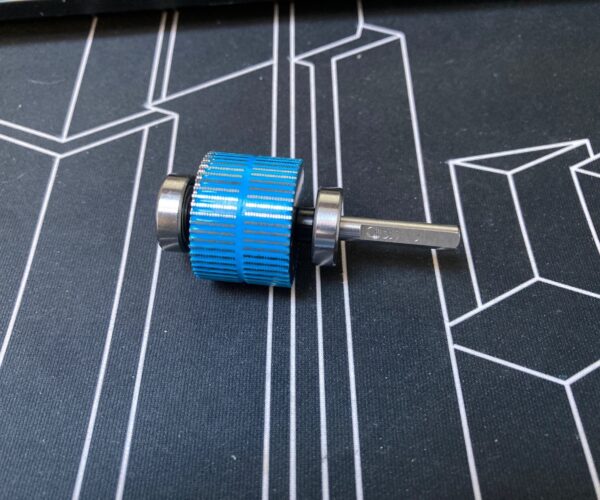 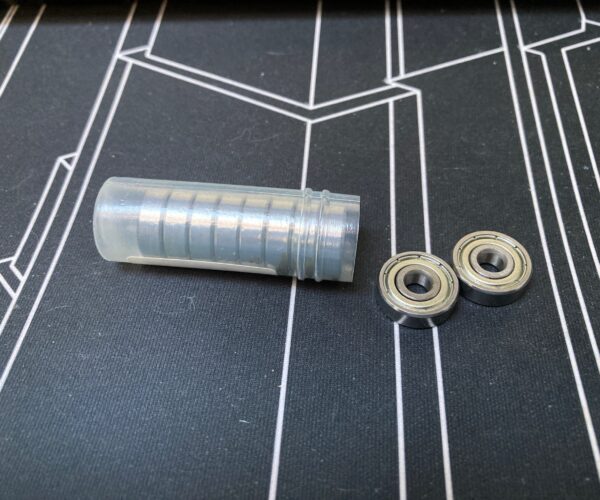 And the testprint worked out fine.
Will purchase some better (SKF) bearing and keep these as spares.

I hope this will help anyone who runs into these issues. 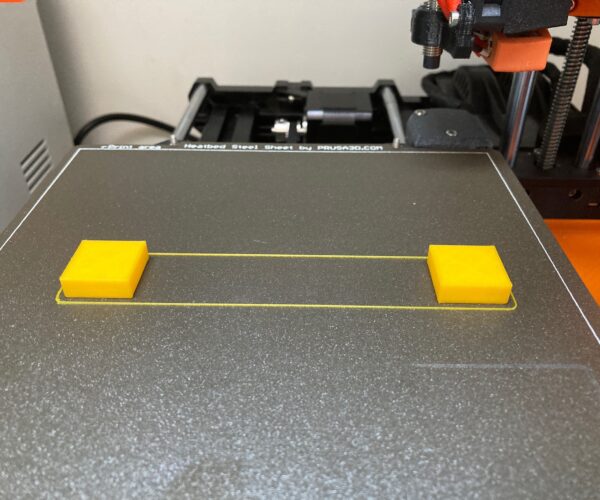 I also tried to replace the bearings in the y-motor, but those were too tight to replace. Will need a bearing puller to pull these off.

Thanks for posting, think the bearings might be my issue too

did you try heating the cases?

I eventually used a bearing puller. The one i bought was crap, but it did the trick.

best of luck with the new bearings