My brother builds blackpowder rifles and will buy some worn out guns for parts. He had this 'repaired' walnut stock from a T/C 50 cal Hawken and gave it to me to practice checking on. Once I sanded it down I thought maybe this would make a nice 'wall hanger' and decided to refinish it and reverse engineer all the parts from photos. Most of the parts have been 3d printed and sprayed flat black to simulate blued steel. The engraved brass plates were done on a brass sign engraving material I had laying around. I opted to add elevated tang sights like on a Sharps rifle. Everything in 'black' has been modeled and 3d printed. There were a bunch of rejects along the way. The barrel is 28" long and made of 4 pieces held together with 1/2" steel rod to prevent cracking. Should have it assembled this week. Been a challenging one for sure. 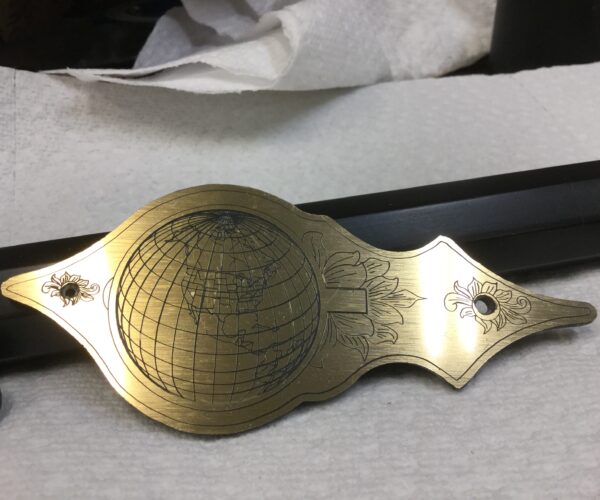 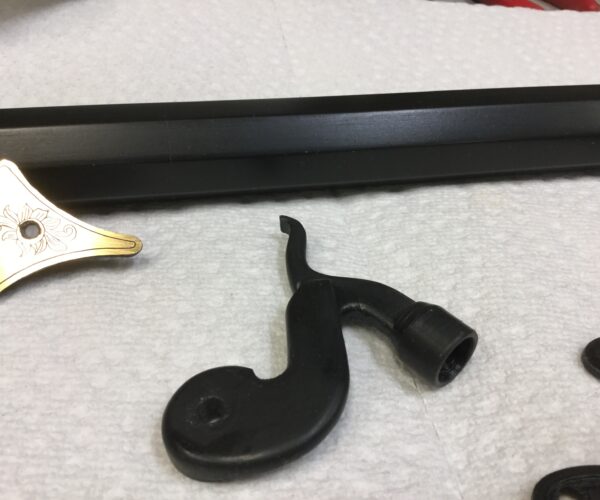 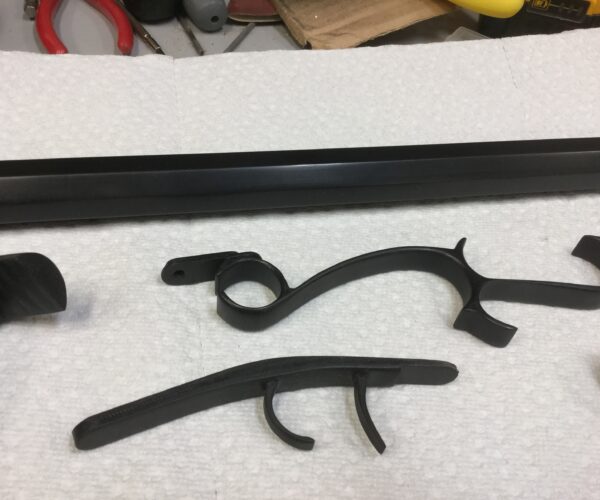 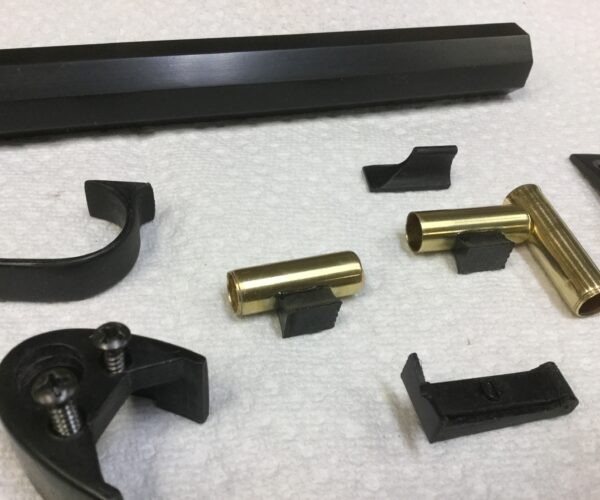 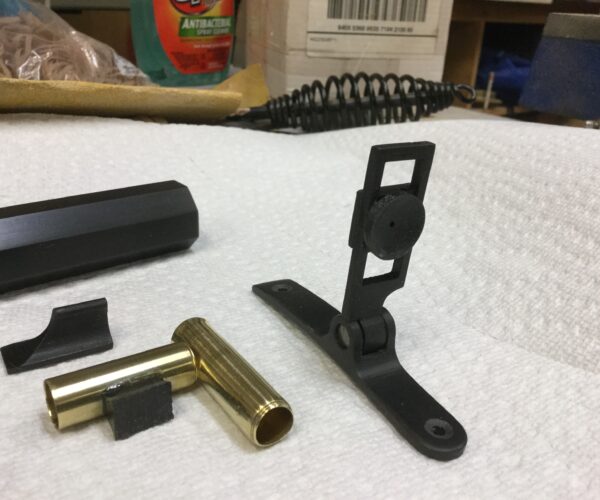 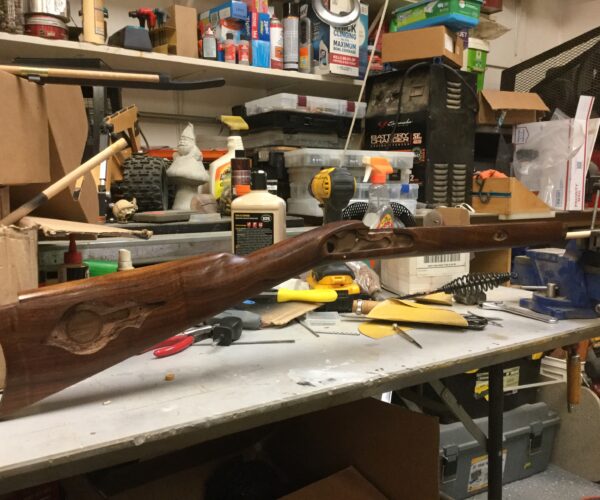 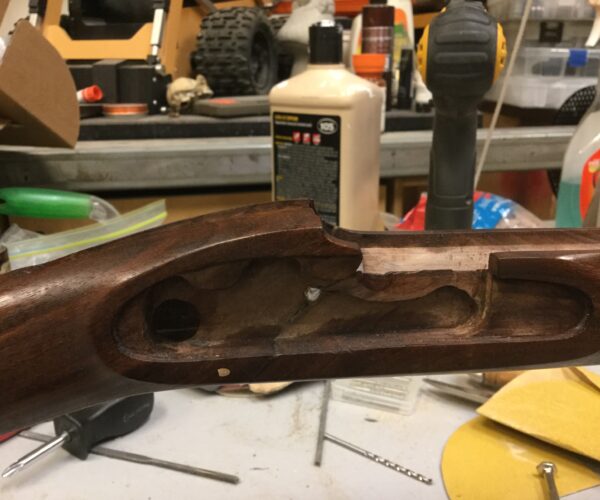 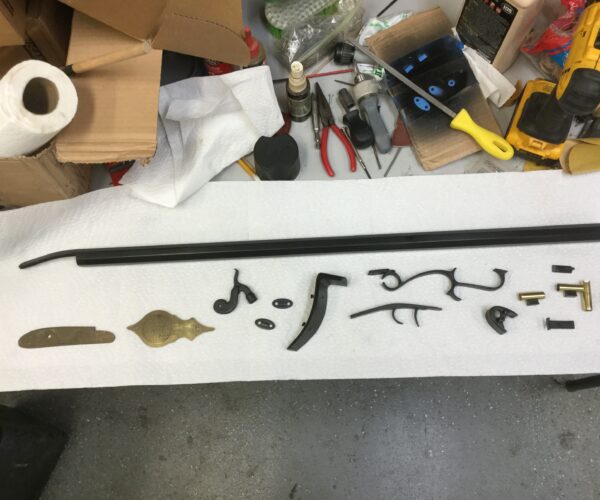 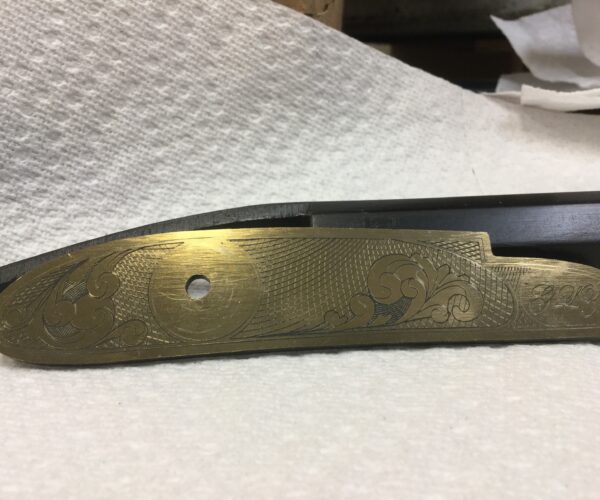 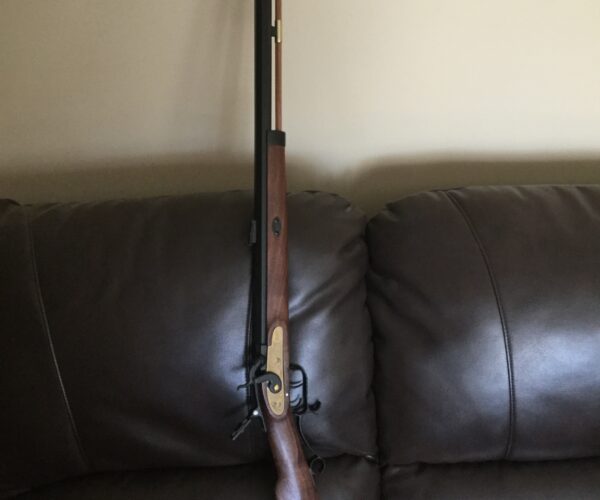 All done. Now just build the wall mount for it.

I recently 'scored' a 1960's .36 caliber muzzle loader. This  restoration has become a real challenge. The idiot that built it filed oversize sight dovetails in the barrel and I can't find the sights to purchase. Temporarily I made some magnetic ones that I 3d printed. My brother then tells me T/C had made a magnetic scope mount for a octagon barrel and since I had an extra scope laying around I thought I'd try it. I got very slight windage movement which I'm guessing is from using the round magnets and not rectangular ones (ordered). Parts are back from the being nickel plated and it's 'acceptable'. The idiot never oiled the gun and it had bad rust pitting. It is what it is, as long as it shoots straight. If not I'll have the barrel bored out to a .50 cal. 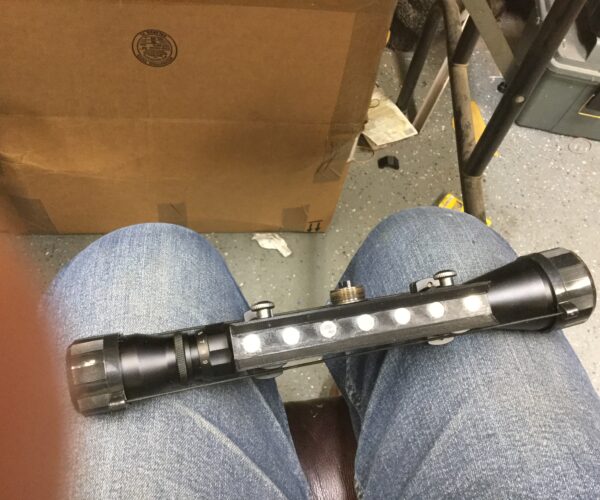 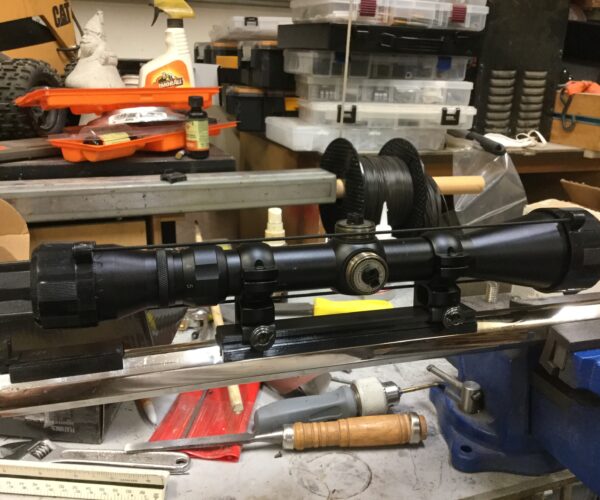 A lot of the times these were sold as a kit with few or no instructions.  I had one similar that somebody else had started, and they'd basically tried to pound the oversize sights that were supplied with the kit into the on-size barrel dovetails.  It had other problems as well and I ended up giving it away without completing it.  I'd probably be able to finish it now without much fuss.

Edit to add; I knew a guy a long time ago who'd left a new in box T/C Hawken out at his cabin, and while he was away vermin had gotten into the box and it was badly rusted and pitted by the time he recovered it.  He disassembled and gave it a rust browned finish like was often done back in the day, and it didn't look half bad afterward, given what it had been through.  So that may be an option for your rusty one.

Sorry, I skipped over that you'd already had it nickeled.

Thought about bluing it but opted out. It should be 'different'. Would have liked a more traditional one with stock sights. If the cart hadn't been before the horse I should have had my bud fill the old dovetails with weld and re-cut them but to have it done now would be another $100 to have the barrel replated.

Very interesting post. Nice work on your 3D printed parts. Thanks for sharing.