Hi, I am new to 3d printing and I recently got a mini+ pre-assembled . I was able to print a whistle and the standard boat without issues. The prints looked awesome. Unfortunately when I downloaded different items from the internet to print, inconsistencies occurred. First off, the settings seem to be off. When I calibrate my device to make sure to get the correct z distance, these settings seem not to apply to the files I print after. As soon as it starts to print, i need to readjust the height to make it lower (The height i adjusted to is saved, but somehow i need to even go lower even though during the calibration the height was fine). I also noticed that this phenomenon is predominantly on the top left corner (furthest away from the z-axis). I thought that this issue might have to do with the flow of the filament through the extruder, so through some online search someone recommended to replace the PTFE tube inside the extruder to a longer one since there could be  a gap which makes the plastic cool too quickly. So I bought a ptfe tube and cut a slightly larger piece and put it into the extruder. The prints started to work at least but where not good in quality. So i switched back since that didn't seem to be the issue. I am using the official prusa pla. I clean the surface with 99% alcohol and also i start with 80% speed, since i thought that maybe the speed was an issue. If anyone has any suggestions on how to troubleshoot I would be grateful. So in summary:
Question 1 :  Why does the top left need a different height setting compared to the rest of my pad but only in stl files from the internet? ( The first layer test for example always seems to be fine)

Question 2: Why is the quality so bad that sometimes the plastic starts to deform and rise up so that it hits the extruder when it passes over it and thereby destroys the entire print?

This first image shows that the top left prints worse. 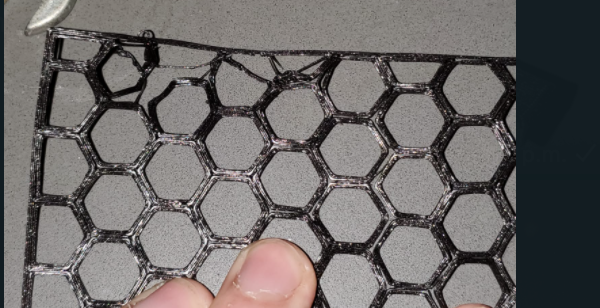 The second and third picture shows the prints quality issue. Either there is weird spacing in between lines, or some lines rise up and then interfere with the extruder later during the print which then leads to failure. 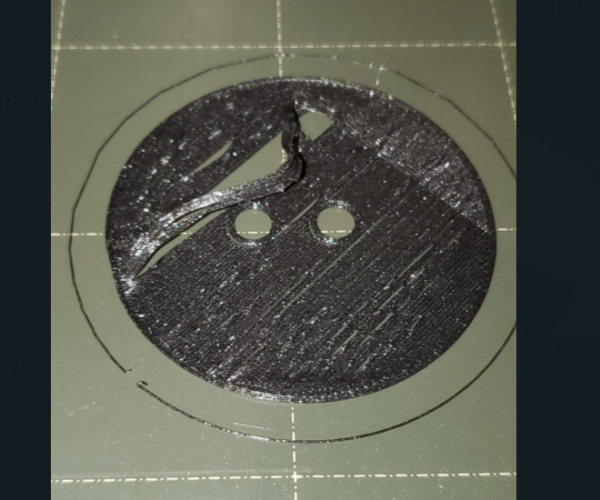 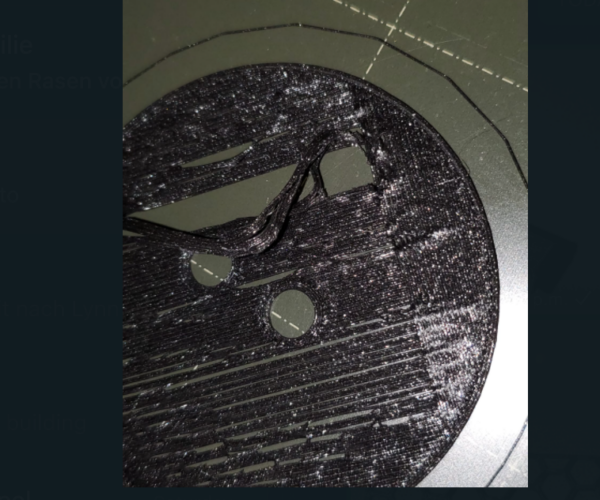 This last image shows how I also had distortion on a print, but then it did not lead to failure and the rest of the print looks great. ( This was also the first layer and the latter layers seem fine) 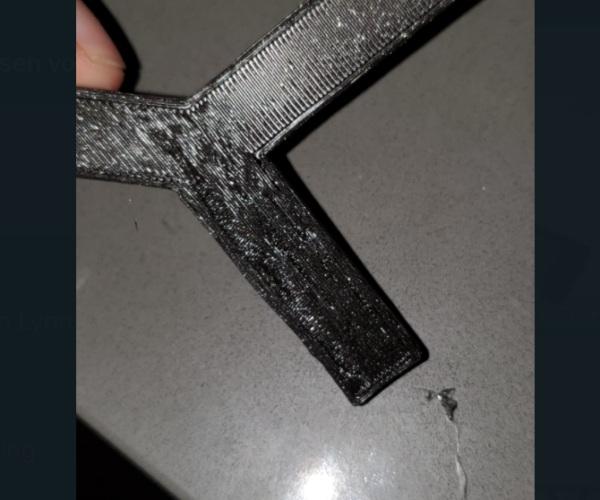 You may have a skewed print bed. Check out https://help.prusa3d.com/article/xz-axis-skew-correction-mini-mini_158518 for ways to check for skew and fix it.

Second, from your description and the photos I suspect your first layer (aka Live Z) is not properly calibrated. Show us a picture of your first layer. Not the tiny square from the built-in calibration approach but a larger square or rectangle.

To properly adjust my first layer (Live Z calibration), I use the built-in first layer calibration wizard in steps of -0.100 until I get a good zig zag pattern with the corners sticking and a reasonably looking square. I then switch to this calibration strip https://www.printables.com/model/105404   for fine-tuning in steps of -0.020 or even -0.010. The larger format makes it easier to read the results, compared to the in-built wizard, plus you can try up to 8 different Live Z settings in one print. It's a variation of this method https://forum.prusaprinters.org/forum/original-prusa-i3-mk3s-mk3-assembly-and-first-prints-troubleshooting/life-adjust-z-my-way/.

Thank you for the reply Fuchsr.

I looked through the documentation and saw that 2 of my axes were misaligned and i did my best to make them straight again.

I noticed that as soon as it was printing, the plastic was bulging up. My idea is that maybe the print selection is too fine for my nozzle? Or maybe the extruder is too dirty with strings so that it still touches the previous printed lines and deforms them? I don't know why it gets so dirty. I also noticed the bulging with printing your z axis calibration print. it occurs when there are close by lines which are diagonal. 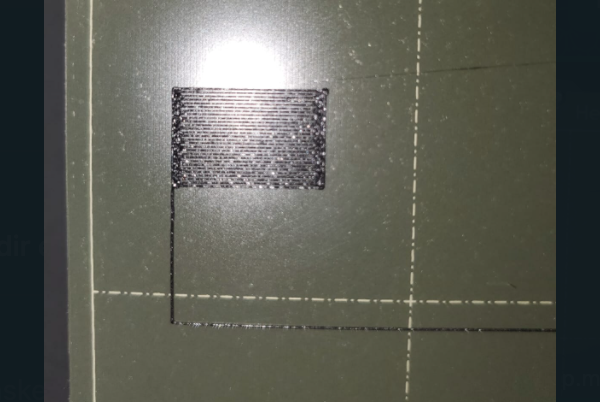 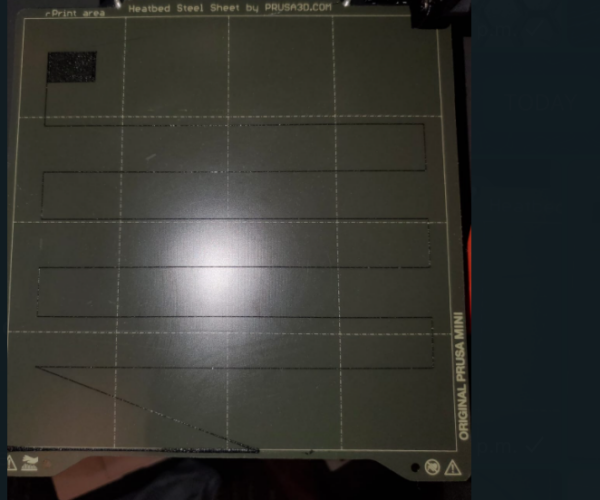 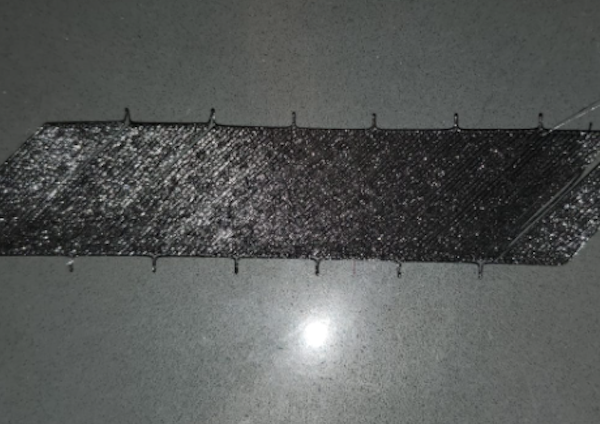 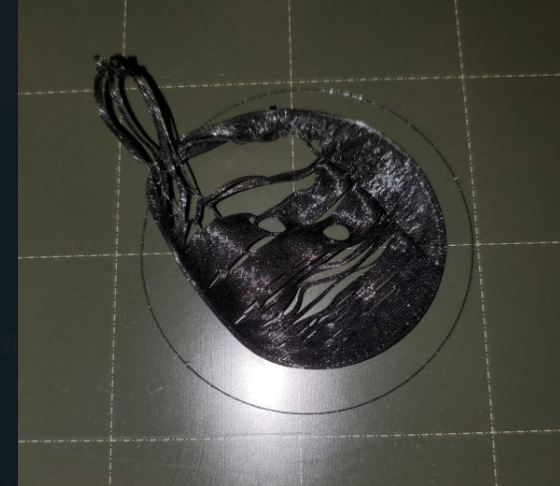 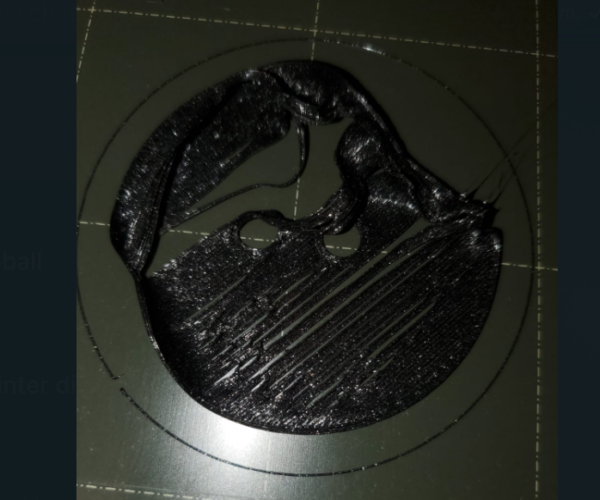 Try to wash your steel sheet with dish soap and wipe it dry with new clean paper towel/tissue and print again, see if there any improvement or not.

I am hesitant with soap, because i think it will hurt the top layer of the sheet. I used 99 % alcohol and a new paper towel to clean the sheet. Unfortunately the issue is still prevailing. I played around with a few settings, I changed the printing temperature to 240 C and reduced the speed significantly to 60 % of the original speed. I still get the same issues. Maybe the corners are too close so that the filament cannot cool down quickly enough. In this malleable state it deforms in the presence of the nozzle? 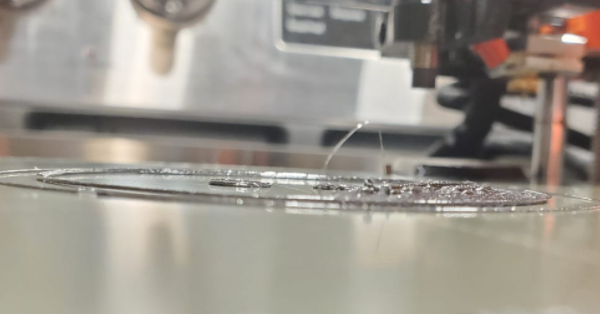 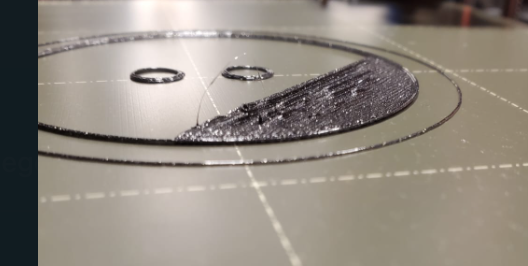 Here are two side images of the bulging i am experiencing.

Many user use dish soap for the last method if IPA doesn't work.  https://forum.prusa3d.com/forum/postid/288628/

but it will make some filament stick too well. Just try it. It will not harm your steel sheet. I often doing this if 99.9% IPA didn't help.