Build my own MMU?

RE: Build my own MMU?

Could you elaborate what exactly you mean? Somehow I doubt that prusa would be interested in my upgrades... The official firmware had its last release more than two years ago, so it seems like development is on hold... 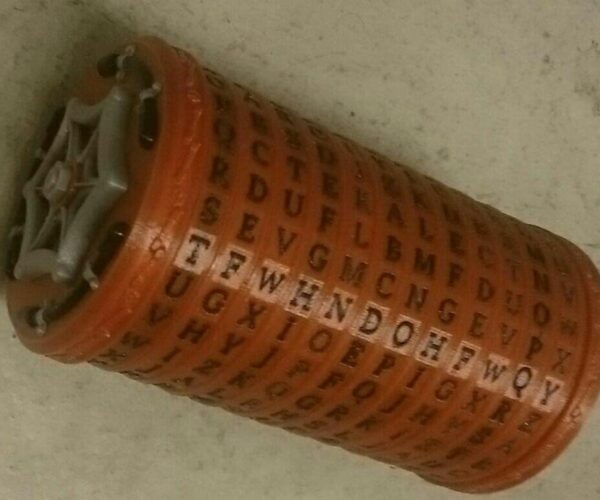 Worked fine, however not flawless and there are issues I have to fix:

1) The filament moves too easily through the MMU.

This is a problem in combination with my filament buffer. Sometimes the FB pushes the filament slightly to the front. When it slides through the MMU, the selector looses its position. Homing fails. -> a lot work to resume the print...

- Change the Buffer (would not really like to do that. It was a lot material I used to print the current one.

- add a undulation in the filament path in front of the input. maybe even with a screw that allows to set the amplitude of the undulation to set the friction (maybe different levels are useful for different types of filament)

2) the pulley motor gets stuck.

So far, i don't really have an idea why that happens.

It happens when the stepper motor is rotating at a high rate. It happens when the filament is fed to the extruder in normal mode. If I set the MMU to stealth mode, the motor turns slower and it did not happen in that case (since I observe it).

What I tried so far:

- Ordered a stepper motor driver to be able to test it independently from the printer. At least I succeeded to reproduce the problem.

In my MMU, the ball bearing opposite the stepper sometimes slides out of its socket in the printed part (moves closer to the motor). However that does not seem to be the reason.

- Loosen the screws that hold the motor in the MMU. Maybe I mounted it slightly skewed?

3) The bolts in the hinge of the idler cover came loose (actually, the lower one moved upwards!).

Just what I said.

If this works superior to the MMU2S, Sharing it with the developers may assist them in the future designs. That is all I meant.

RE: Build my own MMU?

This is very interesting. I was wondering if anyone was trying to make their own, similar to the project to do MMU on a Voron printer. EnragedRabbit is the name, I believe. Hopefully you get it to work and perhaps you can win a Prusa contest someday