Hi,
I've been delving deeper into Slic3r as in another post and would really like to utilise the variable infill function.

So I need to load a 'mesh modifier' or some such thing. I have no idea what this is or how to generate it! I construct my models in Solidworks and no end of searching on the web has given me any decent direction.

Can anybody give me a pointer as to what exactly to do here?

Have look there: http://slic3r.org/blog/modifier-meshes
You can create a modifier from basic geometries (cube, cylinder,...) or load an stl body as a modifier. Right click on your part in slic3r and then settings to have access to modifiers.
I work with solidworks and sometimes i use modifiers. You can do a lot but not all.

Thanks for that - I have seen that article but was none the wiser!

I’m sure it is so easy when you know how!

In Solidworks, that can be two bodies overlapping. One is the part and one is the the modifier that can be raw.
You load your stl of the part in slic3r. You right click on it. Settings brings you to: 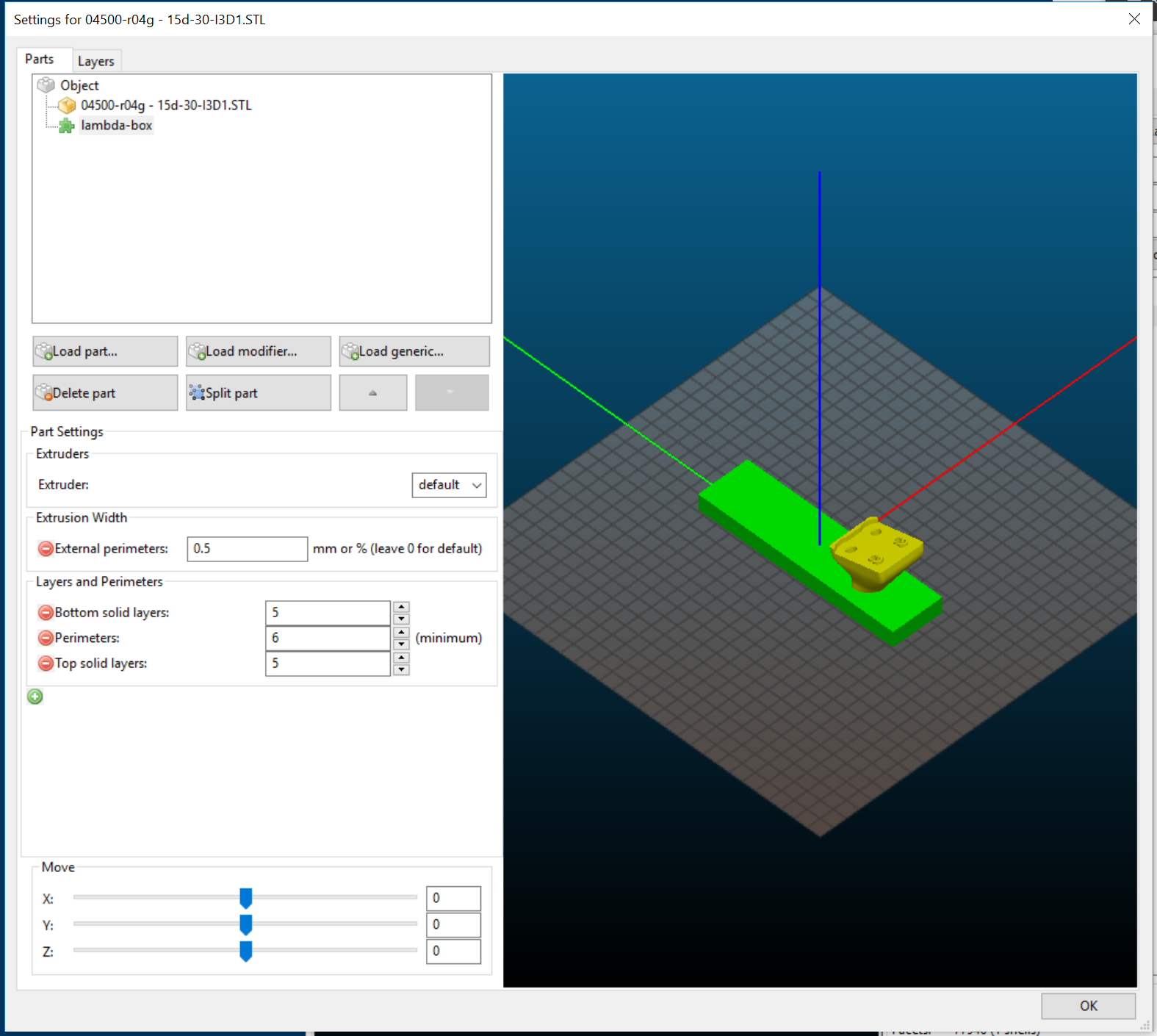 Then you click on "Load modifier" or "Load generic". In that case it is a generic. Move it with X,Y or Z if necessary. Be careful to well select your modifier and add ("+") settings applied to that modifier. 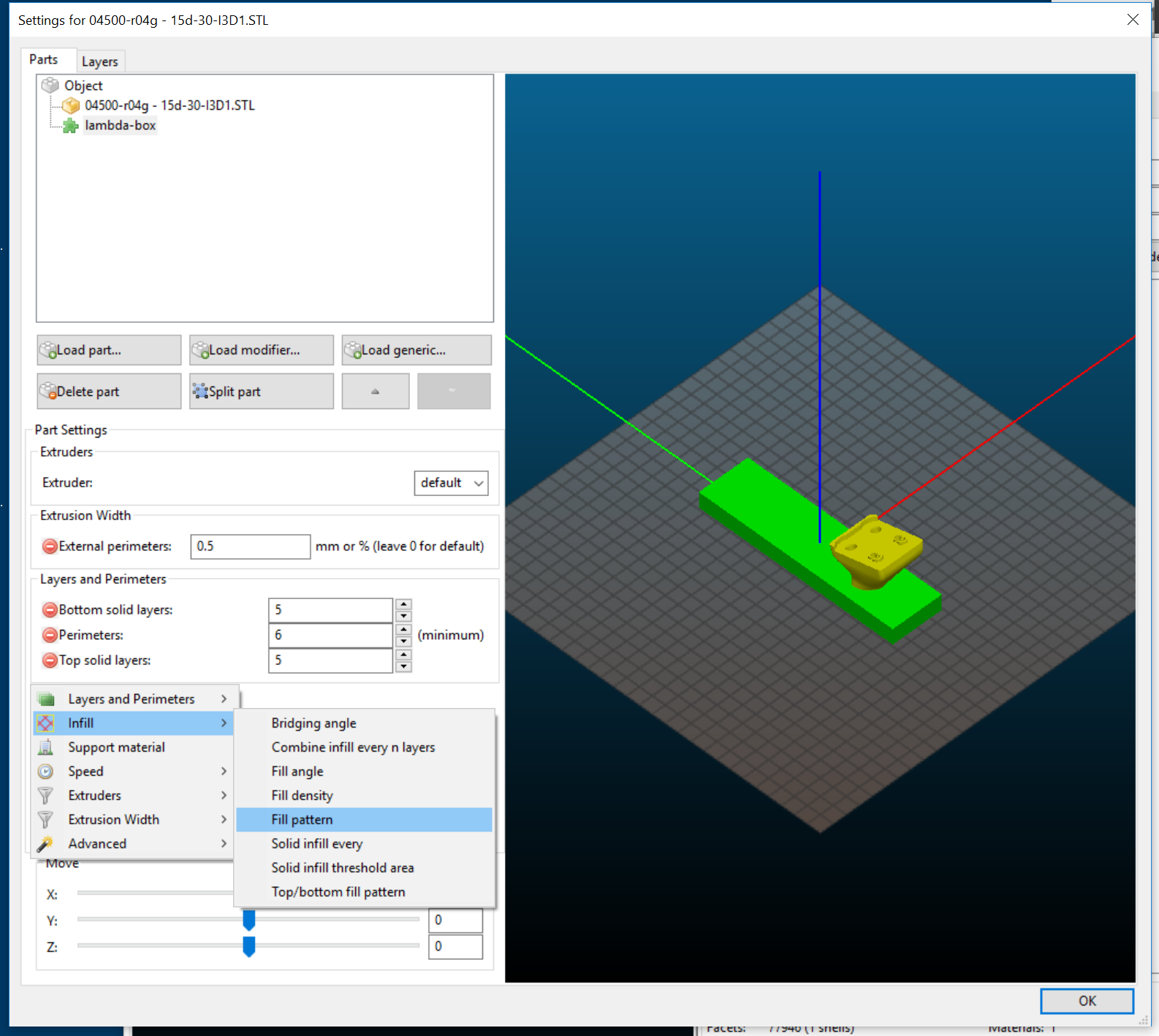 I think I have it now. It was the part about constructing the modifier in SW that was getting me. So the modifier is just another model itself but it has to occupy the correct coordinates in its own space that map directly to the required coordinates in the model space you want to modify...

In my last case it was easy to adjust the modifier to the part in slic3r as they have the same base and they are centered the same way.
I reminded to use .amf for the job but .stl works better for that or .amf not work at all. But not so sure.