I have a pretty complicated part that I want to print with ABS, therefor I use a lot of bridges.

The issue is that the bridges when changing the direction do not stick on the printing plate, resulting in a broken first layer.

I tried already a lot of things. Reducing/Increasing speed, turning the infill gear very tight (I use Flex98A a lot and therefor I need it loose). I did all the calibrations, especially Z several times. In my opinion Z axis is set good.

I use this ABS: https://www.prusa3d.com/product/black-easyabs-filament-1kg/

With the Prusa ABS Settings in Prusa Slicer. I also dried it before according to https://fillamentum.com/pages/drying-filaments-before-processing

Do you have any experiences? Will it solve my problem if I buy a Prusament? If so I would order immediately. But I feel that this is not my only issue to work on.

I appreciate any advice, thanks!

I think we need to examine the part you're printing...

Please save your project as a .3mf file

Files > Save Project as

Zip the .3mf and post it here. It will contain both your part and your settings for us to diagnose.

In the meanwhile get your build sheet *really clean* in case of buildup and, for ABS, use one wipe of gluestick spread thin with a wet tissue.

RE: Problems with first layer and bridges (ABS)

The issue is that the bridges when changing the direction

Not sure what that means? Do you mean supports? Then I would check my support settings.

It looks to me like a classic case of a build plate adhesion issue, particularly with the tell-tale curl-up of what appear to be support footings.

There also appear to be a couple of other parts of the print that are not sticking as well as they should.

This is opposite of what's usually experienced when printing ABS, as most often ABS sticks too well to the PEI surfaces than not well enough.

The first thing I would check would be your Live Z calibration, first using the internal 'zig-zag and flag' routine, and then one of those 3x3 one-layer test prints, which will allow you to see any front/rear and/or left/right irregularities which can be corrected via the front panel.

The next thing I would check to be sure of is that your build plate is Really Most Sincerely Clean.  IMAO, it does not matter as much HOW you clean it ('now clean your plate and clean it my way') as much as it is indeed clean and free of residue, oils, and fingerprints.  A stray fingerprint will indeed cause that support footing curl-up shown in your photo.  Your support footings should be FLAT against the build plate, something like in the third photo below.

Next, with ABS I always use something like Layerneer.  It works as both an adhesion booster and a release agent.   Glue stick will work as well, but products such as Layerneer (or Magigoo) will go on with a thinner layer and not leave an impression in the bottom of your print.

I've personally had two cases of ABS prints sticking too well to the PEI and ruining the surface!  The first was my fault, for not using a release agent and then getting impatient and prying the model from the build plate.  The second was with a well-worn PEI sheet where a large section of the PEI coating pulled off the build plate.

I have done countless ABS prints on the MK3S, and with rare exception, they have been consistently good.  My go-to brand of ABS is Hatchbox, but I've had good luck with other brands as well.  I seriously doubt that, unless a filament is badly out of spec, changing the brand of filament would be the magic bullet in this case. 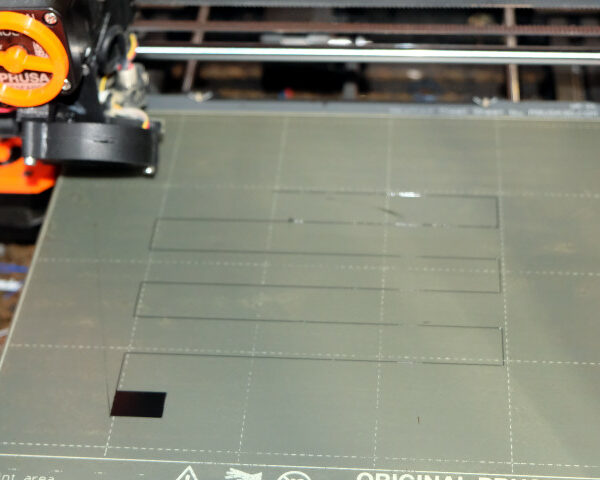 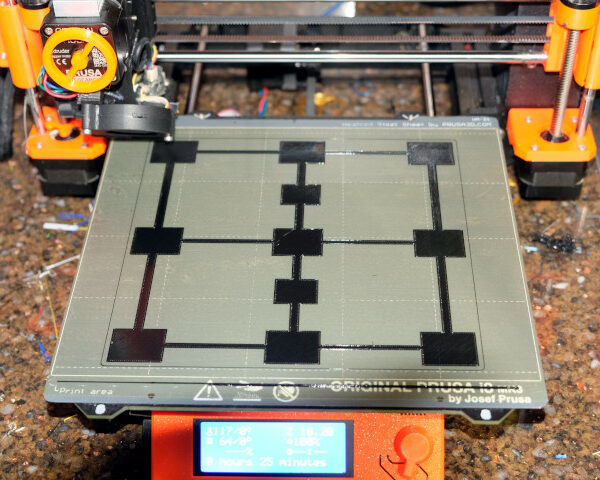 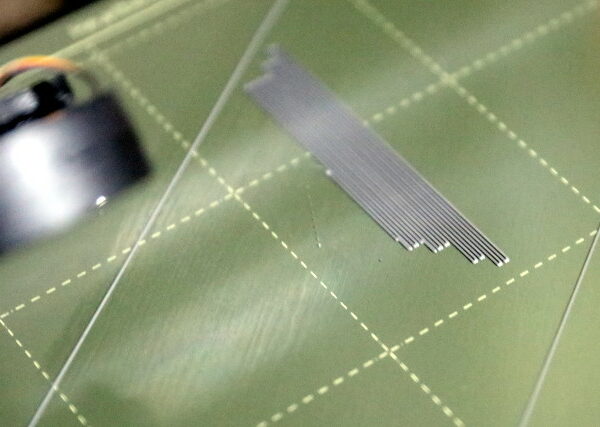 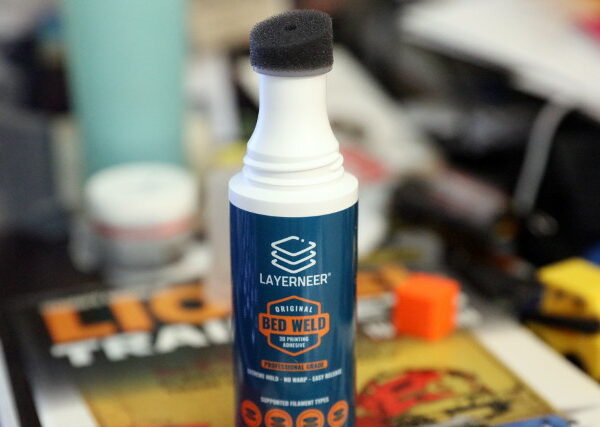 RE: Problems with first layer and bridges (ABS)

Thank you for all your help!

Flexfill and PLA are much easier to handle. And so I did not think about the necessity to clean it every run. And of course over several testruns it did not get better.

I use aceton atm but will buy IPA accoring to this article https://help.prusa3d.com/de/article/erste-schicht-fragen_1804 soon.

There is no edit-Button? Or I just don't get it...

What is important to mention as well: I set the option: Wind-protection and its witdh to 3 lines (I just started a try with a 2 line wind protection). This wind-protection was for sure also necessary as I do not have a closed environment yet. Before it and with cleaning the board thoroughly I also had the supports getting lose on the first layer.

It is just pretty cool if your prints just go well... 🙂

AHA: Edit disappears after some time. 🙂