So, I received and built my mk3s kit a few days ago, and started printing a few of the included demos. Half way through the first benchy, things got very skewed when the y axis belt got loose. By the end of the day, I got that and two others printed with good results.

I left the printer overnight (with the supplied PLA filament still in place) and the next day tried printing the castle. The first attempt curled off the bed after a few layers, so I cleaned the bed and tried again. It might also have been too close to a window, so I closed that curtain to prevent draughts. 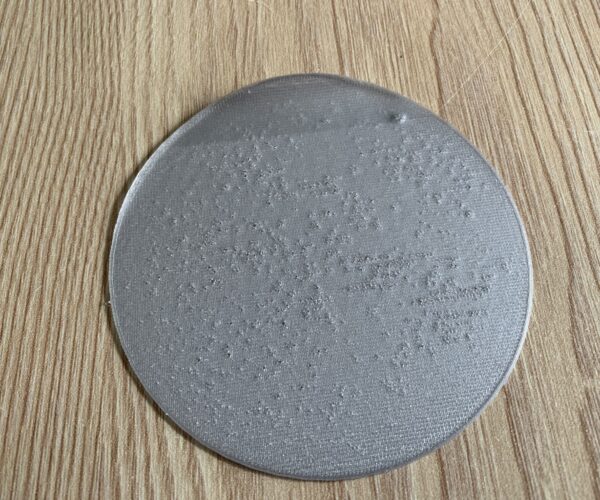 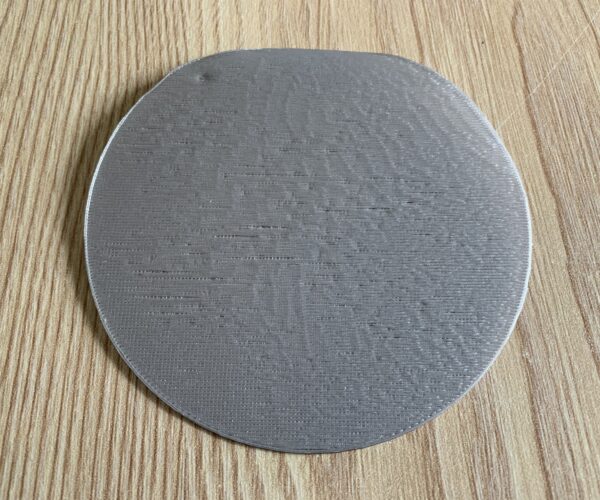 However there’s some noticeable separation between the lines on this failure. Does anyone know what causes that? The next attempts didn’t suffer the separation, however… 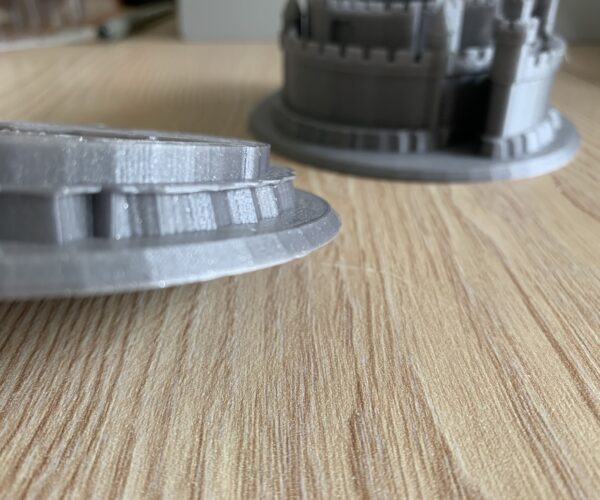 Part way up, the entire model slid to the left. The model itself didn’t move and was still stuck to the print bed. I wondered if the x axis had slipped, so I tightened it up slightly more, and printed it again. 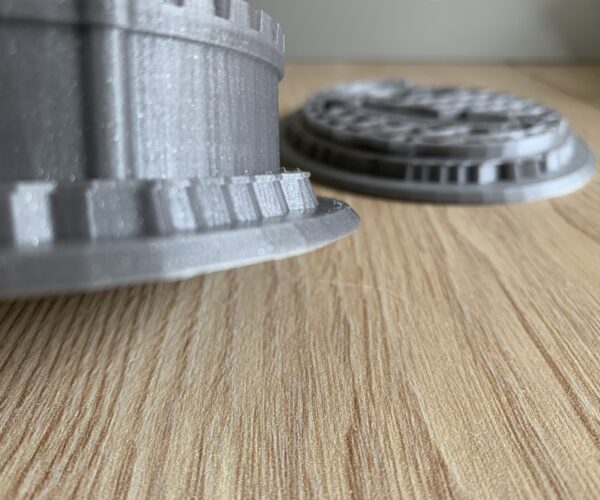 It slipped on the exact same layers. I wondered if it was a problem with the model, so rather than retry, I let it carry on to the end.

Once finished, (I need to get a heat gun on it to try and remove some of the fluff), I spotted this: 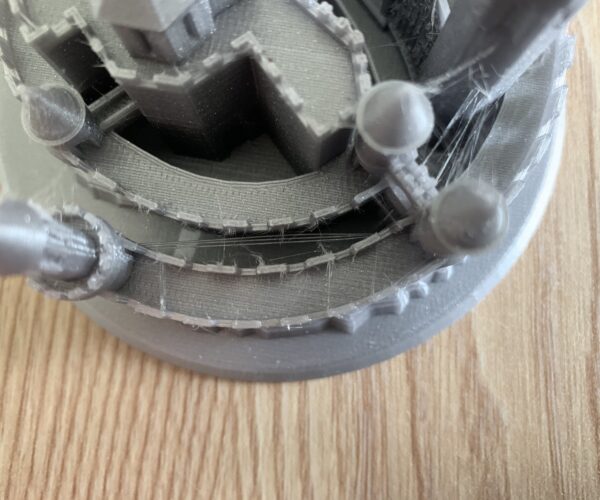 There are three strands where it tried printing over the empty space. I’ve no idea why it would do that. Does that also imply a problem with the model?

Is there anything I should try adjusting on the printer itself?

Well, a quick update, I stumbled across this image on the pruse3d website, see below. It's got the same slippage in the same layer! I don't know if this is good news or not, because you'd expect a photo on the main Prusa website to be perfect! I guess that means I don't need to worry about it unless the same fault starts cropping up in other models. I'm still curious what causes the condition of the starting layers of the first attempt though, if anyone has any ideas?

Please show us a first layer 'Z' calibration print *on the print sheet*.