Thanks all for your guidance. My Mini was great for a month. Then it clicked and under extruded. I checked PTFE length, did cold pulls, cleaned extruder. Started clicking again and stopped extruding completely. After I cleaned up, Prusa support suggested printing PLA at 215+20 degrees. Wow! Out comes a superb print after 14 hours. But why did the temperature need to change after four great weeks? Now I have some clues, very helpful especially as my PTFE tube is not inserting sufficiently after multiple cold pulls. Prusa support also gave me advice on alternative ways to unclog a hot end. That’s tomorrow’s task.

i jump in here with the same observations of all others here too.

calibrated more than i wished with a prusa.

all good prints with pla have to be +20Degree over normal temps.

that seems to be "hidden" knowledge of the support and in the forum, but not normal to the official mini-documentation

why cant i use normal temps on the mini? and what is the (official) fix?

i updated firmware to 4.3 beta today, but still the same observation, that the temps must be set +20°C to get good results...

must search the forum for more solutions instead of flawless printing with a mini ... blush

I had a similar issue, but in reverse: My Mini was printing fine for the first week and all of a sudden would string like mad.

Turns out: The thermistor at the hotend hat a loose contact and depending on how I would bend it's wire it would change about 5° at room temperature and up to 15° at 210°C (watch your fingers if you try that to not get burned on the hotend!). I then directly measured the hotend which was dialed in to 210°C and got 228° which explained the stringing.

I ended up replacing the thermistor (the Mini is using a "100K thermistor - ATC Semitec 104GT-2/104NT-4-R025H42G (Used in ParCan & J-Head) (4.7k pullup)" compatible one, see https://github.com/prusa3d/Prusa-Firmware-Buddy/blob/master/include/marlin/Configuration_A3ides_2209_MINI.h#L312 ), dialed in the temperatures and can now print again as normal.

The thermistor wire seems to be the culprit for my Mini as well. I gave is some slack and suddenly my prints are amazing. Although I made several other changes along the way… all at once… so I can’t say for sure.

I removed the superpinda/minda clip, the round clip at the top of the hotend assembly and the hold-down clip above the controller board. Then I pulled the thermistor wires out enough so they would arc down to the heat block instead to stretching straight down. I thought about running them under the minda clip, but I decided that would be too much. Instead, I settled on using a light touch when reattaching the minda clip and straddling the heater wires. The hold-down clip above the board is still off, since I never liked having to smash everything down to get it to close.

This all happened while I was installing the Bondtech heatbreak and changed my retraction settings to 1.5mm at 25mm/s. It’s possible that those changes helped but, the hotend seems to be running hotter now too. Once the temperature goes above 190C, the nozzle has started to ooze.

Previously, I couldn’t go more than an hour of printing before the nozzle would start to clog. The teeth on the drive gear would be skipping and filled with shavings. I bought a Bondtech extruder upgrade and the same thing happened. Tension adjustments, cold pulls, the acupuncture needle, slicer settings...nope. I think it’s the wire tension on the thermistor.

Just came here to say that I'm also part of the esteemed nozzle temperature too low club. Prints great starting from around 235C. However, I felt that I shouldn't have to do that, so I spent a whole day calibrating the first layer (not the built-in way since that sets the temp to 215 and is way too low) with lower temperatures (210-235) and various live z-axis settings. I eventually reached first layer nirvana at 229C and -1.160 z-axis, which meant the nozzle was far lower than it was when I was printing at higher temperatures, but I didn't think too much of it. But when I printed something with more than 1 layers the prints were catastrophic. After yet another day tweaking around with lower temperatures and different z adjustments the prints were coming out okay, but very inconsistent, with some layers being bad. Couldn't get it consistent no matter what I tried. FInally I raised the temperature to 235 and raised the nozzle z-axis to -1.045, and the prints are again amazing. Attaching some images, black is lower temp+nozzle, yellow is higher temp+nozzle. 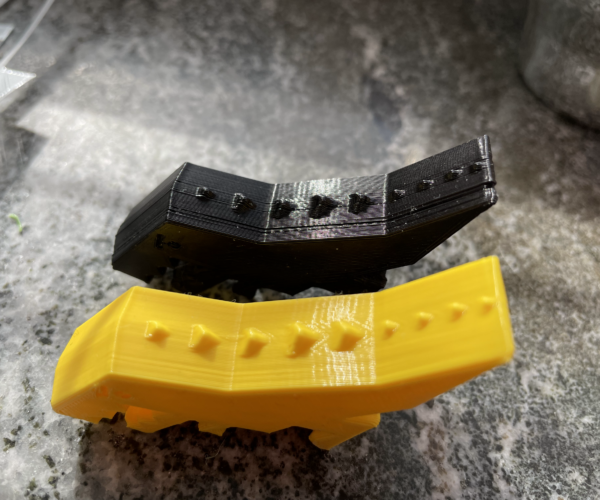 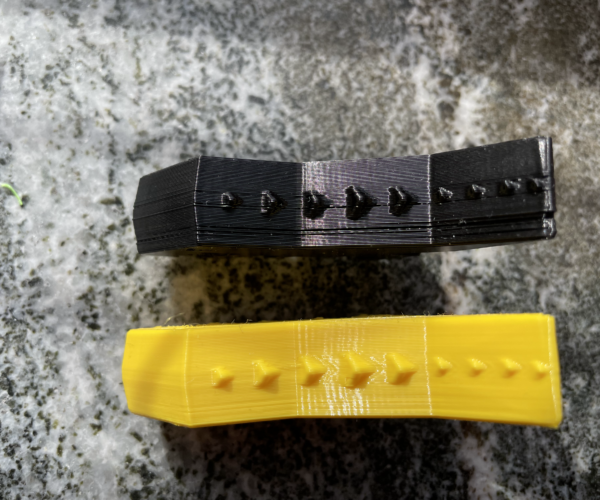 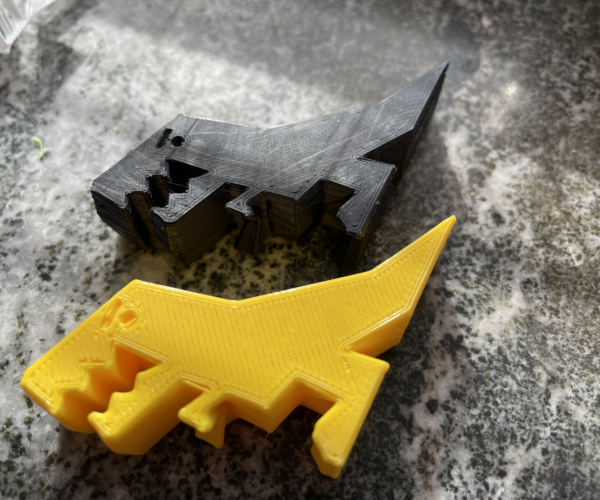 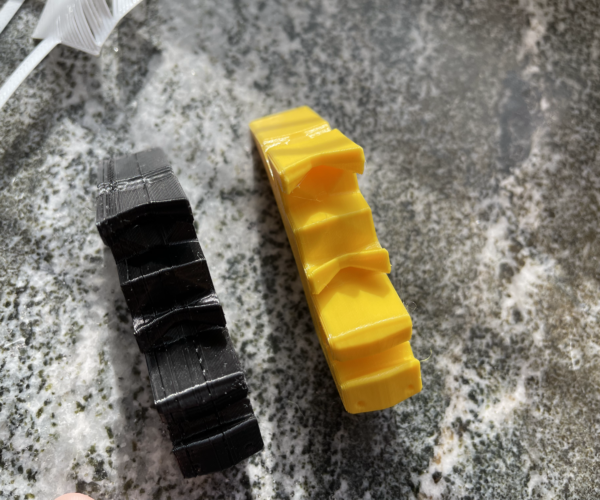 Yeah, unfortunately everything is crapping out again. Things are just extremely inconsistent...

I read the whole thread and could not find which Mark of PLA did you use. Products from different producers behave differently and mosty the producers use the proposed temperatures.

Did the strange behaviour happen with the same filament or with different one. Those answers are sometimes of very importance.