Hello guys - I wanted to ask a couple questions as I am just about to order a mini and was curious about some mixed info I've seen online. My purchase doesn't really hinge on the temperatures as I can live with the lower temps as this is my first printer and I won't be going too crazy right away, but I'd still like to know for certain and probably won't have the printer in my hands for quite some time!

Can anyone who already has one confirm for certain what the printer will allow you to set the temps to? Was it actually allowed to go higher than the advertised temperatures? I'd really love to see an in depth video covering all the settings of the printer (like setting an exact temperature on the LCD if that is possible) but I haven't found one yet.

And while we are talking about it - whats the deal with polycarbonate? I understand the printer is advertised as allowing you to use PLA, PETG, ASA, and ABS, but there are brands of polycarbonate that are advertised with nozzle temp between 250-270 and bed temps between 90-105 like the PolyLite PC (used to be PC-Plus) kind of polycarbonate.

Is it going to work to use such a filament or do you think that would cause issues? Can somebody who so happens to have some PC filament and a mini give it a shot and report back what happens? I'd love to know if its possible to use that material, especially before I go and buy some to find out it won't work! 😀

Has nobody got any info on this? I would think adjusting temps would be one of the first things people would try?!

Ours just did 109° bed temperature for a two-hour print no problems.

Very awesome to hear! What about nozzle temp? Could you test (not even necessarily print) what temp it will reach? - super extra bonus points if you print something out of polycarbonate 😛

Nobody can share the highest temps they have tested with the extruder? I am waiting for my mini to ship, and I am sure curious to know what that max actual temp would be! 🙂

Okay I found that in this video he tests the limits of what the firmware will allow you to reach:

and it seems it went up to 290C and 125C - though he didn't actually test those temps I don't think.

Anyone want to confirm whether or not they actually can get the hotend going that high?

If the hot bed temperature is set to 125, it is automatically reduced to 115. Have not tried to warm it up to that temperature...

Max temperature I have printed with is 260 using PC filament - worked very well.

Have a look at my models on Printables.com 😉

ok cool - well 115 is still pretty good! Any chance I could convince you to try printing at a higher nozzle speed? Perhaps some polycarbonate? 😀

The test I did was with Poly Carbonate (PC) and the Polymaker PC-Max Mini filament profile. I just recalled the nozzle temperature wrong, it is 270 (not 260) and the bed temperature 100. 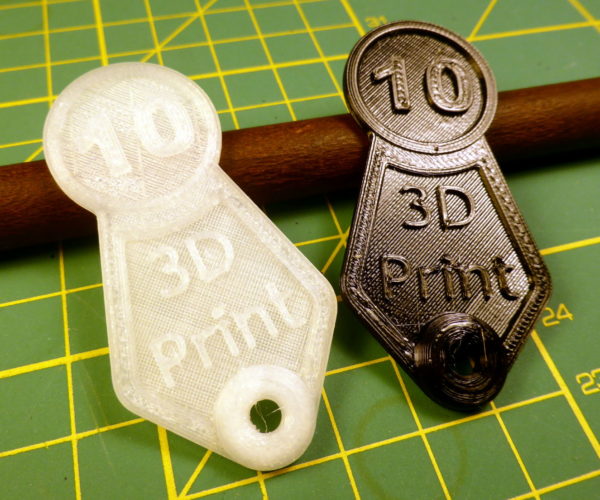 Both printed real well - I have been bending and throwing them to the floor to see if they where tough and yes still in one piece...
Had to use glue stick to get the nylon to stick to the build plate.

Model used is my own: https://www.prusaprinters.org/prints/5547-shopping-cart-token-buckle-plug-for-denmark

@md_reptile
I am not sure, what you mean with higher speed...

Have a look at my models on Printables.com 😉

Very cool prints, I am glad to see the mini is capable of such materials 🙂

Thanks for taking the time to share good sir!

You can print at just under 300C. If you go above 300C you will get a maxtemp error.

I found 297 to be safe, any higher temp variations could take it above 300C.

I printed plenty of PC at that temp.

Don't tell anyone, but I've since modified my machine for higher temperatures. 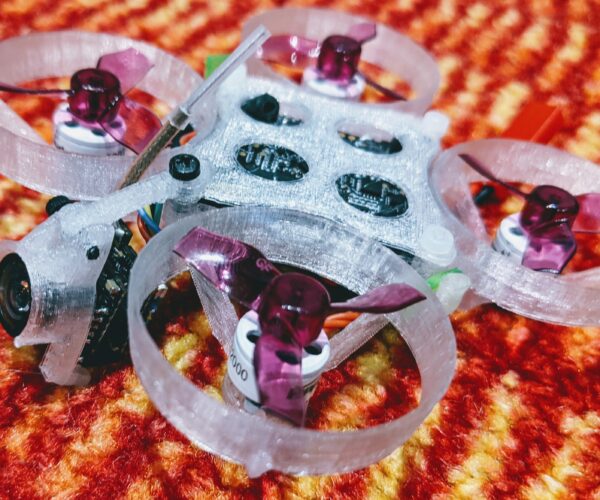 "Don't tell anyone, but I've since modified my machine for higher temperatures." Firmware or thermistors?

Oops, sorry, just noticed this was a question about the Mini... 🤣. I've got a MK3 where I modded the hotend, thermistor and firmware...

Once the waiting list has come down for the Mini I'll be getting one and will then probably do something similar on it...

When you try to set to a higher temperature e.g. via OctoPrint, the Firmware automatically switches back to 100°

Any way to pass that? I’m getting a mosquito and I can now bump to 500C. I was hoping to print PEEK. I use the printer for myself but my dads work has be compete against their in house 3D engineer to get better prints. that material would give me the best end/prototype parts.