For fun I've been printing on a 0.15 mm nozzle and I've been impressed with the results so far.

I'm trying to find tune my set up and I would like to adjust linear advance. My problem is that with the thinner lines it is really difficult to see the changing thickness.

Does anyone know of another calibration method?

Yonks ago I saw a post about people printing patterns on the external surfaces of a print by varying the print speed. Someone had worked out that a properly calibrated linear advance prevented any pattern from displaying. It sounded like there were once websites that allowed you to supply an imagine and it would generate a G-Code - but they must have lost favour as I haven't been able to find any. Maybe this is an avenue?

I did a Linear Advance calibration tower. It takes a while and a lot of filament to print. Basically, inserted M900 Kxx gcode commands based on current Z position in custom gcode. Here's what the old LA1.0 tower looked like. 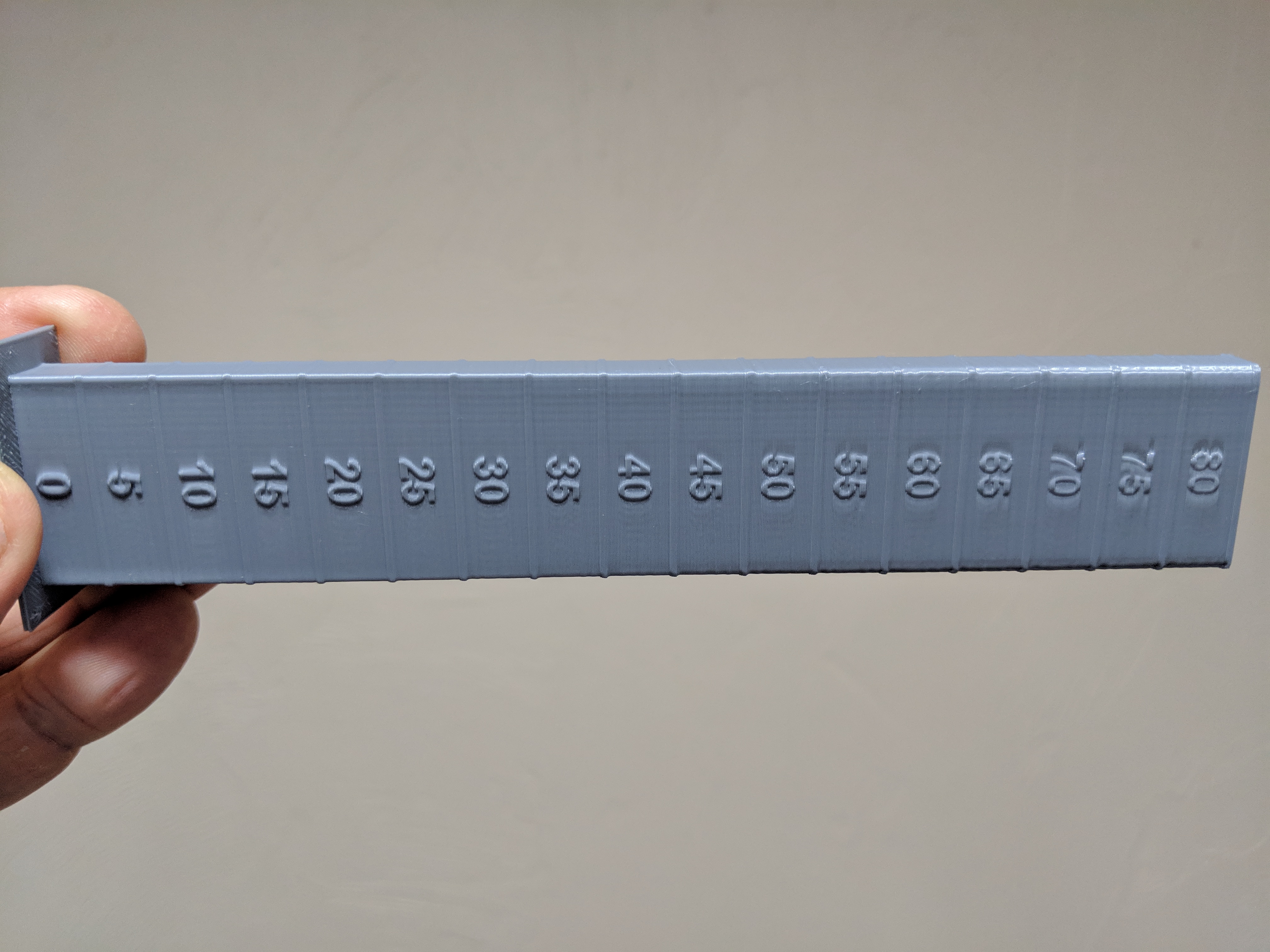 That's awesome. Just made one now. I also found a thread you started discussing it.

One quick question, was the only thing unique you did with the profile the minimum layer time to prevent it slowing down?

Rosie a normal prusa mk3 printer profile basically has a line in the start gcode setting it to 0.95 for layer heights above 0.075 and 100 if below that.  So you could say its 'standard' for a mk3 printer.  It's also the same for the mini too so its obviously something that Prusa thinks gives better results on their printers.