A residential/commercial row with the theater on the end, and suburban residence, like you might find in a town named Springfield.  😉 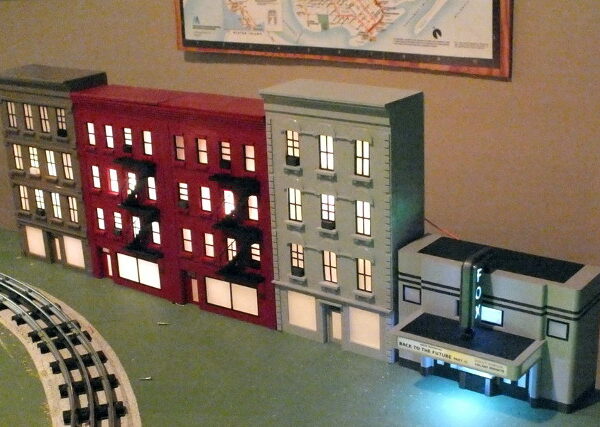 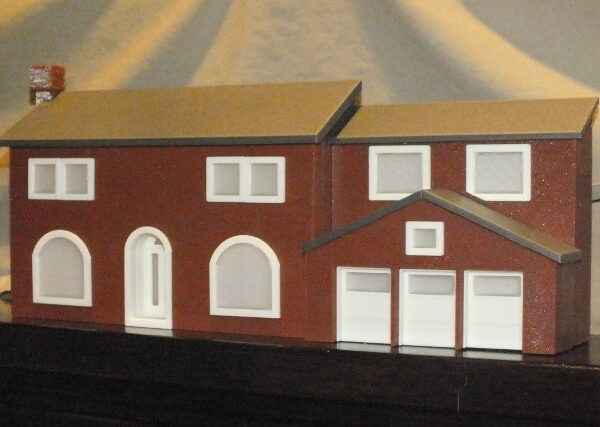 Can you also post one or more pictures with trains and buildings?

Here are a few that show some trains and track.  Sorry that I don't have more at the time.  The model RR is far from finished, so I don't have any semi-formal shots of it and probably will not for at least a year or so.

If you PM me I will send you a link to a semi-private gallery showing more shots of the project.  It's no big secret, but I just don't want search engines and the like to pick it up if I post it in a public area. 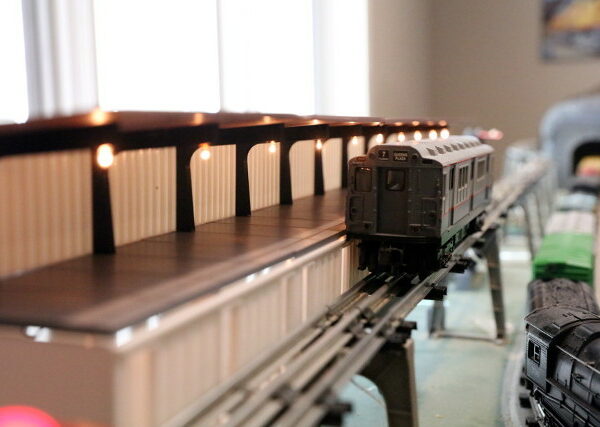 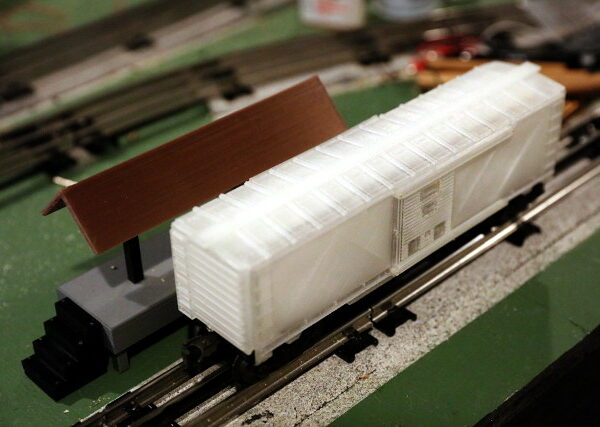 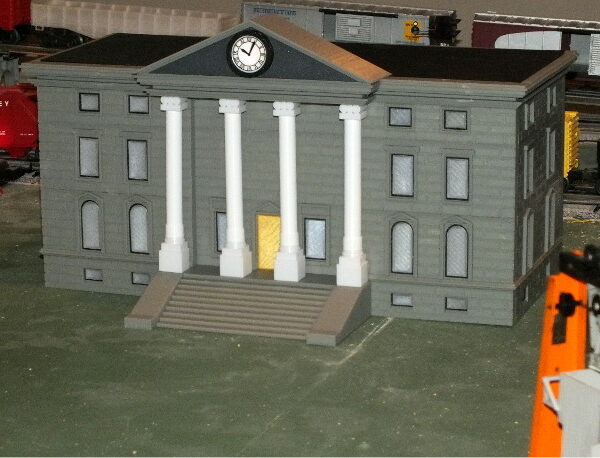 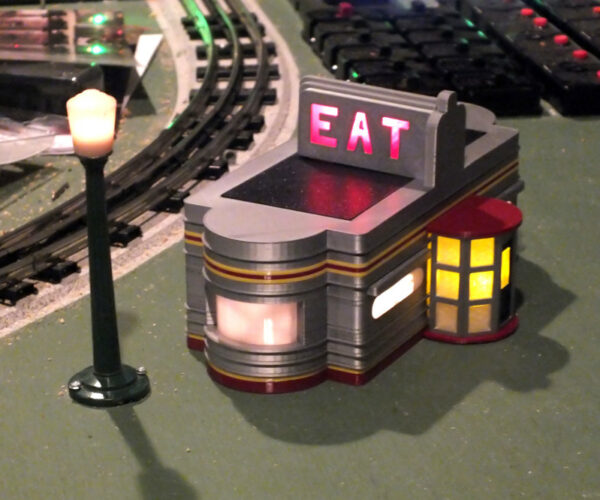 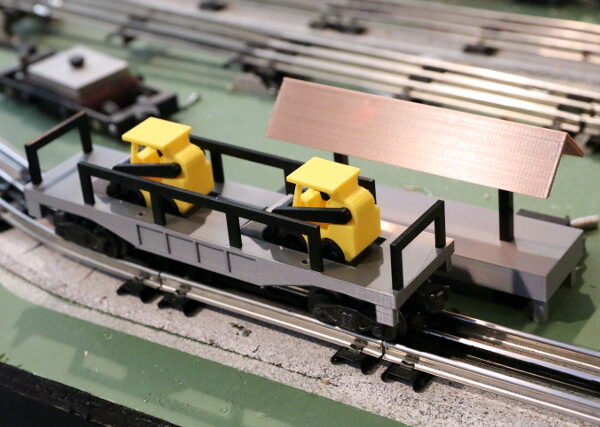 That's some nice looking printing. Are the building and train cars your own designs?  I like the grain of wheat bulbs/leds as lamps on the platform. Innovative.

Some of these are my own drafts and some were downloaded from the 'usual suspect' sites.

The translucent boxcar is the proof-of-concept of my Lionel 6464 clone, an open-source project to make a 3d printable model of Lionel's most popular line of cars which has been produced from the 1950s to today.  This should be in the prints section here as well as Thingiverse and a few others.  The flatcar holding the Bobcats is my own design, but the Bobcats themselves are scaled and remixed from a download.

The house in the second photo was downloaded from the net and remixed by me to a facade to be placed at the table edge.  One piece of this was the one I had difficulty with and I ended up simply re-drafting it, although a few were able to fix the original.

I use a mix of LEDs and incandescent.  For the El station I was going for the look of the pre-flourescent era.  I have two subway stations in the project which use incandescents as well.  One of the latest projects is a Pi Zero controller to light the various windows in some of the buildings at random, as opposed to having them all illuminated at once.  That row of four in the top photo will be retrofitted with new backs for this in the near future.

Just noticed to old school 3 track... so those are large trains.  Is the lamp post next to the eatery secured with 1/4 nut drive screws?  Wow.

You Do Great Work!

You Do Great Work!

I have some more items in the works, but those are both holding on filament delivery.

Yes, those lamp posts are not in proper proportion.  That one will most likely be moved to a less obvious location.  And those are secured with #4 screws, quite a bit smaller than 1/4"

When dealing with postwar and modern O scale, some compromises have to be made, since the manufacturer's proportions can vary quite a bit.  Those lamp posts are made by Lionel, Marx, and others, and are typically too tall.  You work around that by placing them in less obvious locations.  Most O scale rolling stock is close to 1:48 real life scale, and that's what most of the modern accessories are designed around.  When doing your own designs, that comes out to very close to 6.08mm per foot.

Latest Post: Extruder back to headbed at the end of the printing Our newest member: Colin Recent Posts Unread Posts Tags