This is a cute little conversation piece, and it really works.  It stands about 4 1/2 inches (11 cm) high.

There are several versions of this floating around on the various 3d sites.  This one uses a Pi Zero and a commonly-available display.

There are Mac emulators which will run on this, for added authenticity, but I have not installed one.  (Yet?) 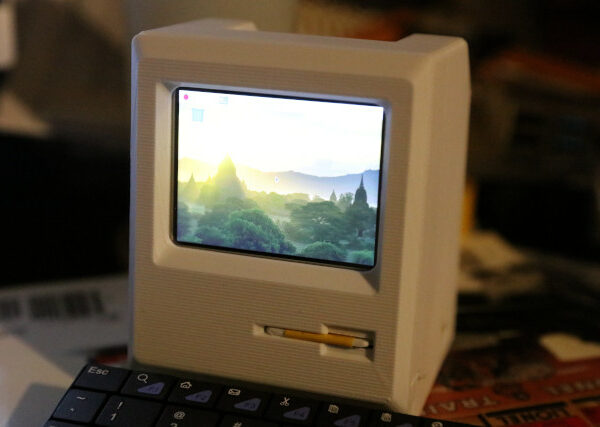 Yet another beautiful JSW project.

do I detect a screen with a linux desktop in there?

The screen is a 2.8 inch one from Amazon.  It's actually touch screen, but realistically too small to be usable.

I made another copy of this for a fellow computer club member, who is a Mac fanatic.  On this one I installed a Mac emulator as well as a copy of the original Mac ROM and the original Mac 68k System 6 OS, which is, amazingly, still available from Apple.

For those who may be interested in trying something like this, the emulator is on line here: https://www.gryphel.com/c/minivmac/index.html

It will run on Windows, most Linux/Unix versions and modern Mac OS X.

It's actually quite convincing in look/feel and operation. 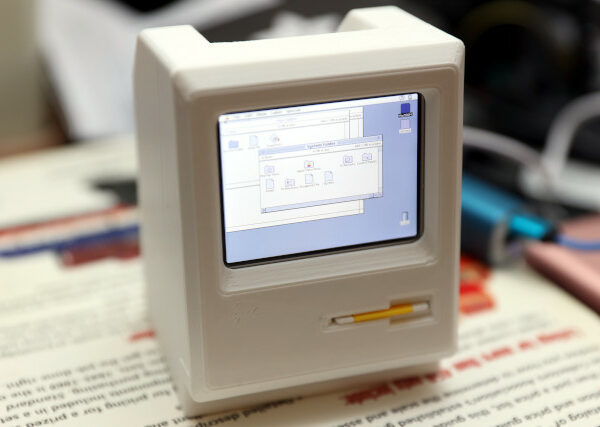 Tbh I have never really been a fan of macs, had a few Apple tablets, but never a Mac.

However, that looks very cool JSW

Tank you very much!

Tbh I have never really been a fan of macs, had a few Apple tablets, but never a Mac.

However, that looks very cool JSW

Actually, I'm not really a Mac fan either, but this was a nice little conversation piece.  My wife had two Macs, one a 'pizza box' one and then a Power Mac, but eventually went with Windows PCs.  I have both Windows and Linux machines.

Another model I'm working on is a mini Heath/Zenith 89, which is typical of the machines I used in the early 1980s.  I'll post photos soon when it's ready for prime time.  The proof of concept actually runs both CP/M and HDOS quite well.  It will be able to edit documents using Wordstar, as well as run Zork and such.  A test print of the case shell actually took 22 hours to print.