I did my first calibration which seemed to work fine.  Moved onto the test print which failed about 30 mins in.  I shut the printer off deciding it was time for bed and I would work on it more the next day.  Ever since then I haven't got the printer to extrude properly.  Assuming the nozzle was clogged I used all the methods described in the "First layer issues" post.  I have adjusted the idle screw, heated up the nozzle and used the pin that came with it to clean it out. I have even completed several cold pulls which seem to be successful.  I can load and unload filament now without issue but when I do a purge almost nothing comes out and when I run the first layer calibration a very very small amount of filament comes out which now has lead to a second problem - I can't clean the print bed.  It's such a thin layer that Isopropyl alcohol and Windex can't seem to clean it off and I am worried about trying to scrape it off and damage the bed. I have used two different types of PLA, include the one that came with the printer so I don't think it's an issue with the filament.

Do you have any other suggestions? I have spent hours on this and still haven't even gotten a first print completed.
Here is what the print bed looks like after it has been cleaned 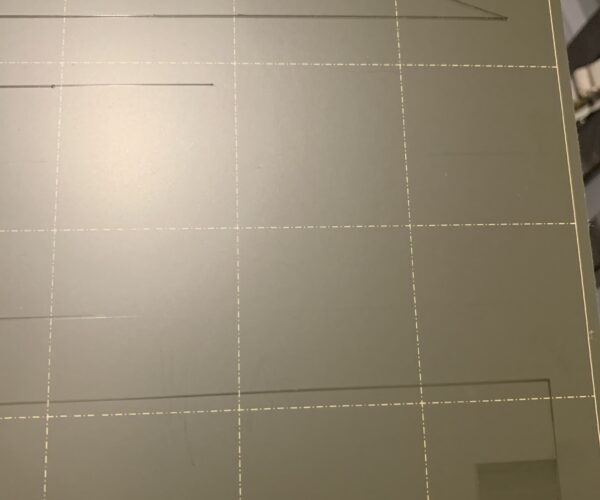