when printing I randomly get y-axis crashes even though there is no real "crash". The printer then auto-homes and continues to print. 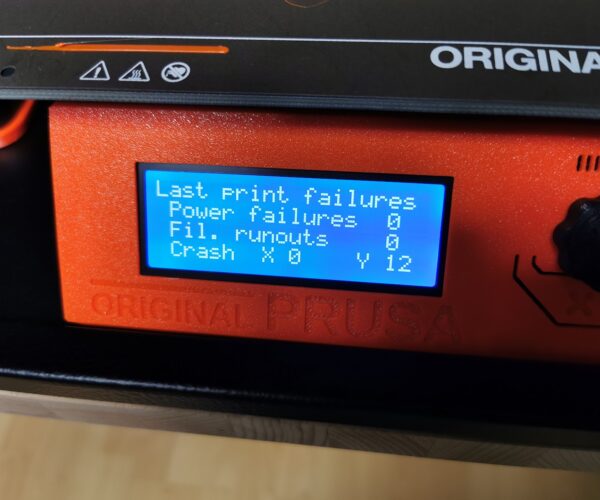 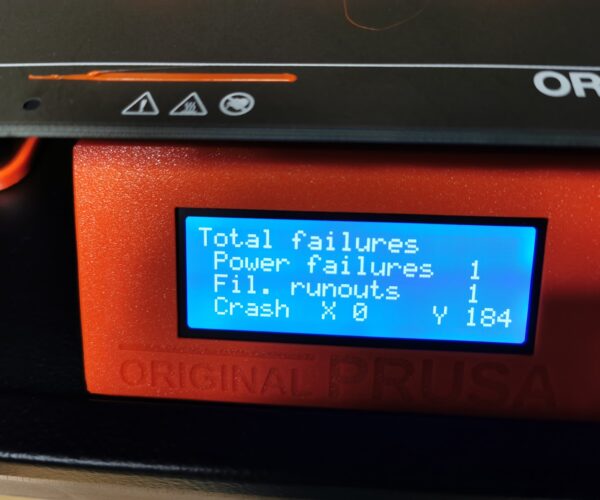 The printer is in stock form, no mods or anything. I have added the raspberry pi zero option but the issue also happens with SD-card and before installation of the pi zero. The bed is moving smoothly by hand and via the menu. Contrary to the x-axis you can feel the little steps on the y-axis when moving but I read that this is normal. The belt tensions are x : 230 and y : 266. The rods seem all fine, I checked them for damage. The bearings were installed as stated in the manual. Also the printer calibrates and self-tests without issues.

I operate the printer in an enclosure. The temperature in the enclosure gets around 28-30 degrees during the print. I can definitely confirm that the bed or the cables are not squeezed or touching the enclosure. Everything can move freely.

When "crashing" in the enclosure I get layer shifts and weird stringing (s. pictures below): 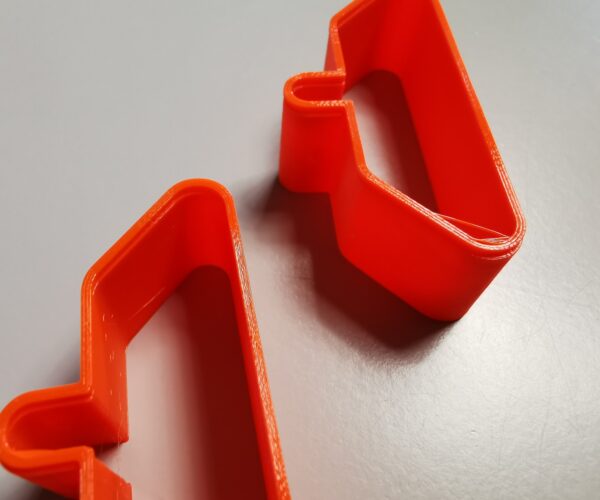 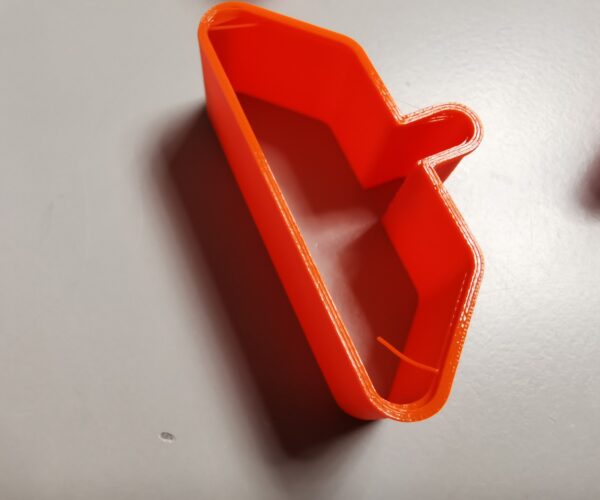 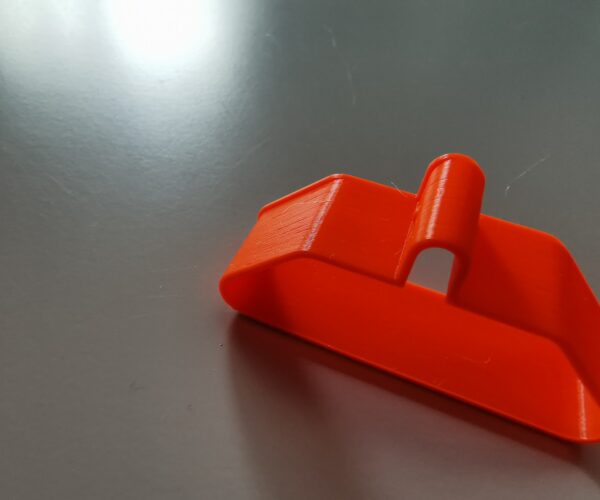 When I print outside the enclosure, I somtimes get random y-axis crashes, but they are not noticable in the print as no layer shifts or stringing occurs.

FURTHER INFORMATION IN THE WEB

It seems like there are lots of people with the issue and lot have been tried.

WHAT DID I TRY SO FAR

Some stated, that the mainboard can be overheated and needs to be cooled. I bought an USB fan and pointed it to the mainboard during the print but had no success.

Further I added some little lubricant on the rods but also no success.

Some say that the bearings extend when they get warm. Others say the y-axis motor gets too hot. I can confirm that it gets quite hot but the x-axis motor has the same temperature by feeling with the hand. And generally I don't really have that much of anhot environment. As said the enclosure gets around 28-30 degrees and it is not fully closed (door has spaces around it).

I would really like to understand the root cause of this issue.

Forgot to mention: It is a mk3s+ kit, around 1-2month old. I don't know if I had the issue since the beginning or later as I just recently put it into the enclosure and noticed the issues with the prints.

I don't have a solution for you, but see some thing I have noticed with using OctoPrint myself.

The failures counter doesn't get reset when you print using OctoPrint. The counters only get reset after when starting a print from the sd card.

So I may be a good idea to do you troubleshooting using the sd card. That way you will know for sure if the crash happened on the last print.

Crashes happen when the nozzle hits already cooled filament.  Poor adhesion is the # 1 cause.  Oil on the print bed is the #1 cause of that.

As I said the issue also occurs (but less often) when I print outside the enclosure.

Adhesion is no issue at all. I had never issues with it and I make sure that my sheets are properly cleaned before printing.

My one month old Mk3S+ just started having the same problem with phantom y-axis crashes. I completely disassembled the y-axes and packed the bearings with lithium grease. The Y-axes slides like butter and is not binding in anyway. Belt tension is good, everything is tight, and the nozzle looks clean. The only thing I can think of is perhaps the belt is binding a bit, as I am unable to get it centered on the rollers (it is off to the opposite side on each end). Either that or maybe the stepper motor is bad (read from another thread). Any other ideas?

I ended up disabling the crash protection on the printer, and it has been printing fine since then with the prints coming out perfectly. My guess is that whatever is triggering a "crash" is doing so incorrectly in my case.

I've just come across your thread and just recently I have had the same problem with my MK3S+, It's given my Y axis crashes at random, The print eventually comes out fine. What it does is that when a crash happens the extruder moves away from the print and coasts near the corner then it goes back and starts to print again. So far I didn't have any Layer shifts.

I tried your troubleshooting, checked belts, and lubrication was necessary, etc but I still have this phantom crashes on the Y-axis, And Yes all stepper Motors get really hot and I don't use any enclosure and recently I'm printing only PLA+

Did you find any solution to this problem ??

I was not getting any layer shifts either, and when the y-axes crash occurred the head just moved to the front corner briefly, paused and then resumed. The problem is that it often left small thicker lines where it resumed on the edge of the print as extra filament oozed out a bit from the extra head movement and brief pause. I wasn't able to figure out what was causing the y-axes crash as everything moves smoothly with no resistance.

Spurious Y crashes can be caused by the cable bundle hitting the back of a tight enclosure, by a slowly failing idler bearing, by dirty smooth rods, and by filament/stringing scraps caught in the belt under the bed.

I tried and checked everything you mentioned but to no avail. What I'm trying now is to print on the SD Card that came with the Printer, a day before I posted here and had this same problem I printed BUDDY from the Prusa SD Card to see if a crash will come up and It didn't have any registered Crashes. maybe it's a coincidence but it's worth a try.

I will report back.

I finished the Print using the SD card that came with the Printer, I'm pleased to say, or better still... very confused, that the print didn't have any crashes during the entire print. So I guess I would get another SD Card and print from it to see what happens.