just built the mk3 kit and have been having issues with trying to get a good first print. i feel like this might be a pinda issue, but not 100% sure. i cannot get the calibration first layer print to look good with a pinda value above .4. right now it's at .667. im a total n00b to 3d printing. i have a mk2s (already assembled when bought), but never had this type issue. any help is greatly appreciated.

could the pinda be the issue or did i put something together wrong? 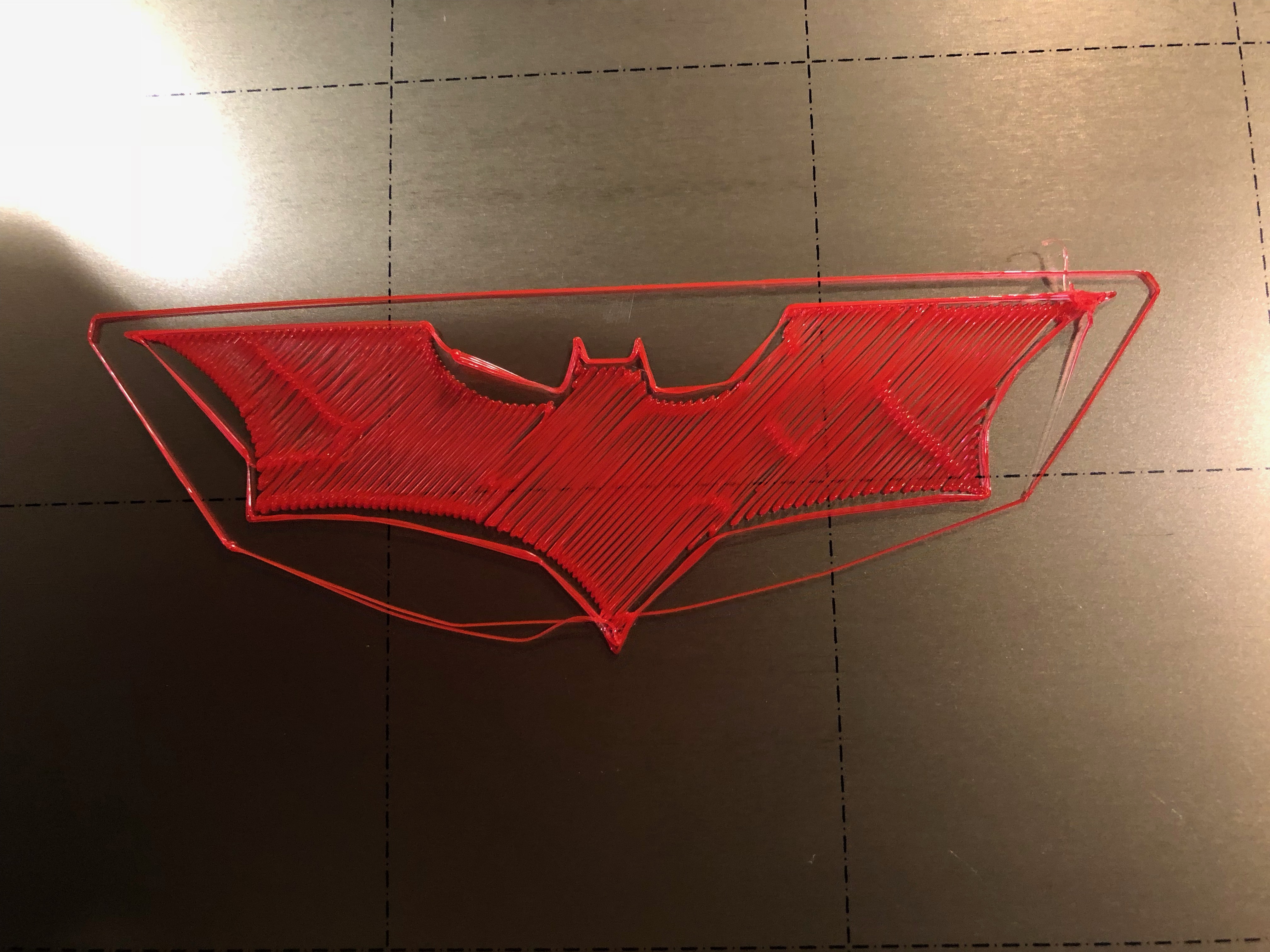 Looks like you need to adjust the live Z adjust value. It says in the assembly manual that the value shouldn't exceed -1mm. You're only at .667mm I think you stated. Just lower the nozzle closer to the bed and you should be right. Good luck

maybe stupid answer. Just want to make sure that you are negative .667mm not positive. Looks like way to high from the picture.

Seems to be that there is not even a "hot contact" of the filament to the bed.

thanks for the quick replies. you guys rock!

it's was indeed -.667. if i lowered it much more than that, that it would totall flatten and be a pain to remove from the print bed.

i raised the pinda probe using the technique in the pre-flight check (using zip tie) and my z-offset is pretty much zero. if i lower it at all it will push the nozzle into the bed.

i'll re-adjust and try again. this seems to be a lot more picky than my mk2s.

Assemble pinda like in the manual with the zip tie method!

Is your nozzle mounted to low? Pictures please!

looks to me like everything is shifted to the right as the vertical lines on the sides arent lining up. what would cause this? when i run a xyz calibration test everything is perfect.

is the y axis belt potentially off?

after playing around with this for several hours, i was able to determine that there were numerous issues. the extruder tensioner was way too tight. i loosened the screws to be level with the bottom of the screw head (almost) instead of the top and that was a big step in the right direction. after doing that, i determined that my x-axis and y-axis belts were too tight. i loosened them ever so slightly. they now sound like a deeper bass than a high pitch. i also had to take off the heat bed and tension one of the u bolts.

i did the live-z using the paper method mentioned in a previous post. for some odd reason it generated an offset of -.450 which was totally different than the offset i ended up with -.840. this method worked flawless on my mk2s. not so much on the mk3. not sure if its because of the build plate or what. none the less, i was able to print an acceptable batman logo (pictures later, i'm too tired).

hope this helps someone else. i learned alot by having to dissemble part of the printer, so it wasnt a total waste of my day.